Methamphetamine hidden in shipment of watermelons

On Tuesday, at approximately 6:45 p.m., CBP officers encountered a driver, truck and trailer with a shipment manifested as watermelons. During the inspection, a CBP officer referred the driver along with the shipment for an intensive examination. 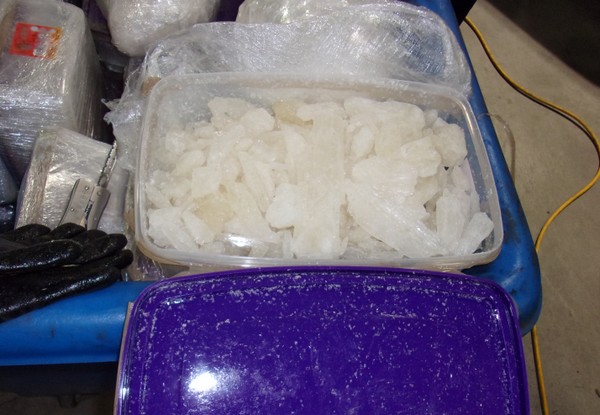 During the exam, a CBP canine team screened the tractor trailer and alerted to the shipment of watermelons. CBP officers searched the cargo and discovered a combination of 193 wrapped plastic containers and packages of methamphetamine concealed within the watermelon crates. The estimated street value of the methamphetamine is approximately $2.5 million U.S. dollars.

The Mexican male driver was arrested for the alleged narcotic smuggling attempt. CBP officers turned the driver over to U.S. Immigration and Customs Enforcement, Homeland Security Investigations. The driver is currently facing federal charges and has been transported to the Metropolitan Correctional Center in San Diego.