“The frost from a month ago has had a huge impact on the volumes of early potatoes,” explains Eric Delimbeuf of La Rebelle. The company based on the Island of Ré specializes in the marketing of early potatoes. “At the moment, the offer is very limited. At the same time, the early potatoes are highly sought after, so it is complicated to meet the demand.”

Most of the La Rebelle products are sold to high-end restaurants. “We market our products via intermediaries, including Les Vergers de St Eustache in Paris. The demand from restaurants is lower than usual but this does not really affect us since the harvest is rather small.”

Eric adds that the early potato campaign lasts for quite a while. “It is to our advantage. The fields that were planted a little later look promising, but the volumes will not arrive until late June or early July.”

Prices remain very high for this time of year. However, they do not compensate for the lack of volumes. “Paying the producers well is a great challenge,” explains Eric, adding that La Rebelle never buys products from elsewhere to produce under the brand.

According to Eric, the quality is good. “Taste is one of our priorities, and I have to admit that, uncharacteristically, the potatoes may sometimes not meet the expectations but the quality still remains above average.” 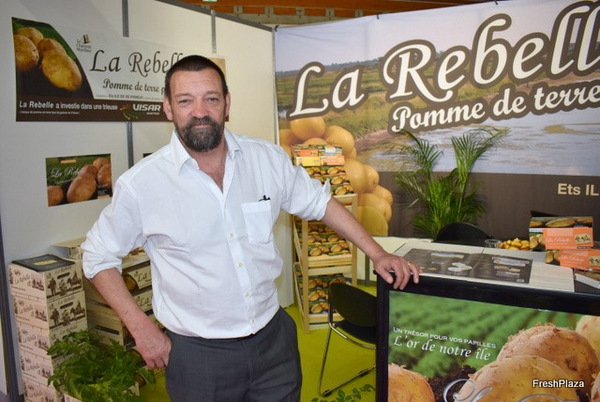