Apple imports from overseas expanded, but sales were rather limited

Local apples were still dominant on the market, with Elstar and Jonagold leading the way. Coming in from Italy, Royal Gala, Pink Lady and Granny Smith were the main varieties. France mainly participated in the sales with Pink Lady. Dutch, Polish and Ukrainian fruit arrived only sporadically and had at most a supplementary character. The quality of the European articles was mostly convincing. Customers generally made steady purchases and this meant price changes were rare.

The presence of imports from overseas expanded, but sales were rather limited. This segment was dominated by Royal Gala, which came from Chile, South Africa and New Zealand. New Zealand also sent Cox Orange, but they did not have the appropriate appealing coloration in Munich. First Pink Lady from South Africa and Granny Smith from Chile complemented the action. Prices often remained at their previous level. 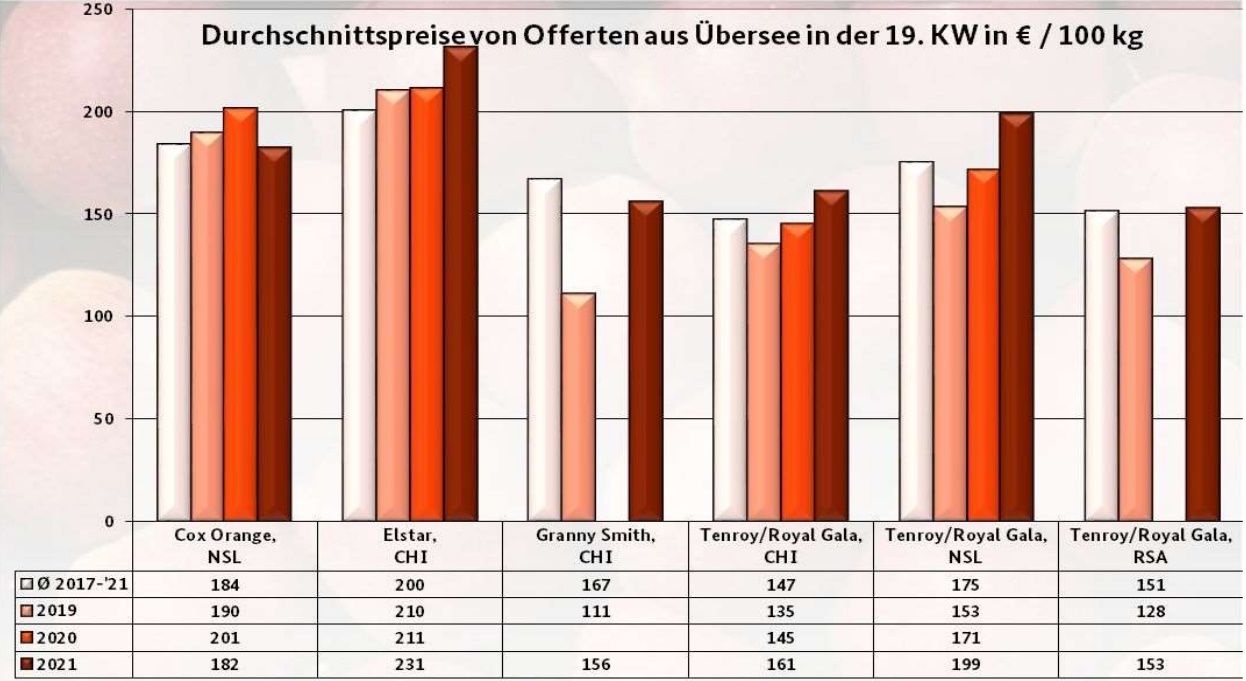 Pears
Packham`s Triumph and Trout from South Africa obviously dominated the scene. All in all, marketing was fairly quiet. As a result, traders rarely had cause to modify their prices.

Table grapes
In general, availability had become more limited. In parallel, interest had also diminished as the cool weather caused demand to level off.

Strawberries
Local, Dutch and Italian fruit formed the basis of the supply. Occasional deliveries from Spain, Greece and Belgium supplemented the market.

Lemons
Spanish Primofiori lemons dominated the market, sometimes having a monopoly. As a rule, the quality left nothing to be desired. The interest could be satisfied without effort.

Cauliflower
Local, Italian and Spanish offerings prevailed overall. Demand was usually quite friendly. Although it was met without difficulty, prices trended upward here and there.

Lettuce
In the case of iceberg lettuce, Spanish shipments were limited. On the other hand, the Central European season started, as the first domestic, Dutch and Polish lots arrived.

Cucumbers
Availability had become limited and was not always enough to meet demand. So prices picked up, sometimes quite massively.

Tomatoes
Belgium, the Netherlands and Italy played the main roles in a range that had slightly limited. Marketing was very quiet.

Sweet peppers
Dutch and Belgian deliveries dominated. Only red and green items were unloaded from Turkey and Spain. Demand could be described as quite friendly.

Asparagus
Local asparagus obviously dominated the market and again gained in importance. In general, business was quiet. In most cases, availability was sufficient to satisfy interest. Nevertheless, price increases were recorded from time to time.