Prevention rather than treatment

The role of food as a medicine

Produce’s role to help cure and heal. This was the theme of this week’s PMA Virtual Town Hall and the central focus at the Fifth International Vatican Conference, also held virtually earlier this month.

The conference’s theme was “Exploring the mind, body & soul; United to prevent & Unite to Cure” and a key concept that emerged from the conference was the need for cross-disciplinary collaborations to combat disease and improve human health. Part of this includes exploring the concept of food as medicine as well highlighting a compelling case to invest more in nutritional science or a “moonshot” on nutritional research.

Members of the PMA attended the event and came away with some key concepts to consider, the first of which is the shift towards prevention rather than treatment in healthcare. “In the U.S., spending on healthcare is about $3.8 trillion dollars and 80 percent of that is spent dealing with or curing chronic preventable diseases, many caused by eating the wrong types of food,” says Patrick Vizzone, ANZ’s International head of food, beverage & agribusiness. He notes that the system is skewed to treatment over prevention. “It seems to be an incredible misallocation of resources but an incredible opportunity at the same time. We need to invert the model and focus on prevention through healthier eating rather than the cure.” 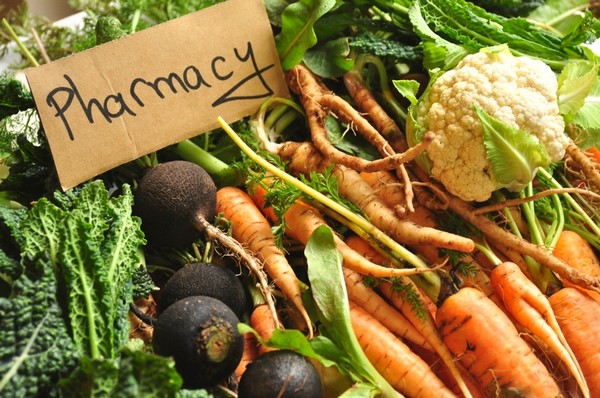 Innovation and technology
Amy Aust, Fall Creek Farm & Nursery Inc. executive vice chair of the family-owned company’s board of directors and who also attended the Vatican conference noted that this past year, the pandemic has shown what innovation can do and how fast technology can move. “I was struck at the conference listening to these formative health experts talk about the innovation and the pace of innovation in the past year. Especially regarding vaccine development and production,” said Aust. “Coming from produce, our supply chains are global and the disruption from the pandemic has been a real challenge. I gained confidence listening to the researchers. When new viruses and variants come our way, these advancements help us respond much more quickly with vaccines and treatments. But I also hadn’t thought about our production capacity to address the production needs for these treatments--it has been 10,000x increase.”

Also at the townhall, Dr. William Li, physician, scientist and author of Eat to Beat Disease touched on the fact that in the medical industry, food’s role in medicine continues evolving. “One thing that’s becoming universally recognized is that food is a tool in the toolbox for health between visits to healthcare institutions,” says Dr. Li. “It’s not just about the food but also how our body responds to what we put inside of it--the mechanisms that the body uses to stay healthy.” In the medical industry, he says there are medical schools exploring culinary medicine and physicians, particularly younger ones, are looking more and more at the importance of diet.

Dr. Robin Smith, president of the Cura Foundation and Stem for Life also noted at the townhall that the “moonshot” concept (meaning a significant shift towards nutritional research) is a strong and critical one. “It’s a way we can work together and look at what’s important and come up with ways to have groundbreaking results,” she says.

Reframing partnerships
In fact, unique partnerships and collaborations between previously unconnected parties could very much be part of this shift in thinking. “There’s an opportunity for produce to move food and healthy eating from being a correlation to being a fully integrated idea into healthcare--the way we maintain, manage and treat all of our well being,” said Aust.

To galvanize that shift, Vizzone noted that there needs to be yet another revolution, one that’s similar to the green revolution in the 1950s and 1960s that saw agricultural production expand globally. “That was a similar “moonshot.” We need to go from the green revolution to the nutrition revolution which means having adequate access to foods that promote health and disease prevention or even disease elimination,” he says. “We need to reboot the system to get the right incentives in place to encourage nutrition.” This may call on using be similar concepts currently applied to climate change for example, such as taxes and credits--only they would apply to nutrition. (Think: financial incentives for the production of healthy foods such as fresh produce or uncovering the hidden costs of unhealthy foods and sending pricing signals to those producers as well.)

And coming off the pandemic, it was concluded that consumer behaviors, which shifted throughout the pandemic, have set it up that the time is right for the moonshot. “There was such a heightened focus in 2020 on personal health and well-being,” says Aust, noting how not only did people eat healthier, but they did things such as incorporate seamlessly technology such as fitness wearables into their lives. “For the industry, the opportunity that it affords us is to give us a more individualized way of reaching customers with our product that can be scaled,” she says.

That means this is the time to innovate and take advantage of this post-pandemic mindset. “We want to encourage those innovative collaborations that were mentioned earlier to craft change,” says Dr. Li. “Wellness and prevention went from being a niche, almost fringe concept to being in the center of the bullseye. Now is the time to aim at this important opportunity.”