A conversation with Fabio Vignali of Vignali Trasporti

Horticulture and logistics, the never-ending battle over costs

On the one hand costs are increasing, on the other hand there are those who wish to pay less for fruit and vegetables. In between, there are operators such as the logistics specialists, who act as intermediaries in the supply chain.

"Our role is not easy, especially in this historical moment. The cost of 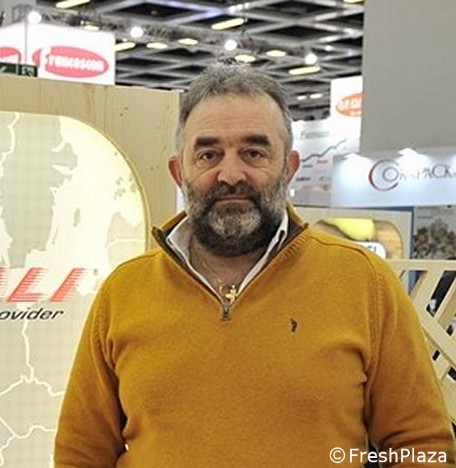 raw materials has soared in the last few months, to the point that some wooden components, essential for the organization of pallets, have risen by 40%. However, other components, such as the chassis or isothermal vans, have increased by 5-7%. Sometimes you get a quote, but after two days it may no longer be worth it because of the increased costs," said Fabio Vignali of Vignali Trasporti.

At the moment, spring frosts have not greatly affected the volumes transported by Vignali. "In the north of Italy, some areas have been impacted. On the whole, we believe that damages will be less than in 2020, even though a decrease will undoubtedly occur". 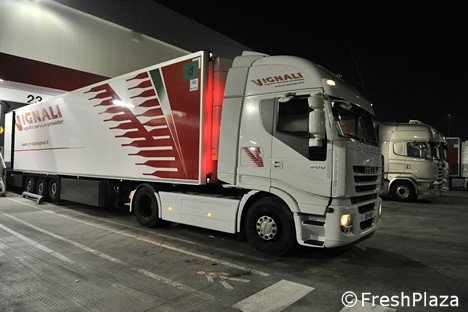 To achieve steady growth, despite the competition of foreign logistics operators, Vignali has pursued for years a very precise path, that of many efforts and investments. "We have never stopped - said Fabio Vignali, who was contacted on the phone while he was on his way to France - and we can say that we have truly made many efforts to grow to the point where we are today. At the same time, we have invested wisely, one step at a time. In addition to Perpignan (France), where we have a logistics base (see Freshplaza of 10/18/2019), we have recently further expanded the network in Italy, in Bologna and Verona." 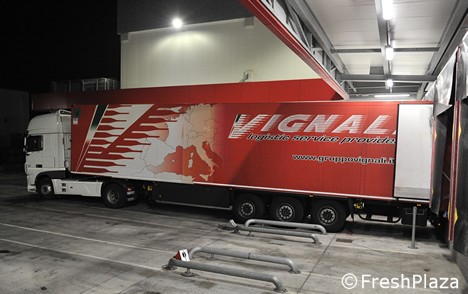 In recent years, Vignali focused most of his investments in its staff, training, facilities and vehicles.

Speaking of the cost of diesel fuel, " This too has increased, especially in recent months. There is little to say, but we can only hope that the price stabilizes, so as to contain costs."