Drought could cause California growers to plow under fields

As California’s drought becomes increasingly worse, growers in the state will have to decide between how much they can grow with their water sources or potentially plowing under their fields.

The current water conservation effects will have a particularly significant effect on lettuce and leafy greens in the Huron, CA growing district. “Growers in this area typically harvest in October and November as well as March and April. These are the transitions from the Salinas Valley, CA to the desert regions of Yuma, AZ and the Imperial Valley, CA,” says Mark Shaw, vice-president of operation for Salinas, CA-based Markon. “During past peak drought years, some growers skipped Huron, CA altogether, staying longer in Salinas and starting earlier in Yuma. This can be problematic due to weather, both heat and cold, that can inhibit growth or cause quality problems.”

Of course, growers of many commodities are also feeling the effect of the drought including stone fruit, grape, melon, tomato and other fresh fruit, vegetable and nut growers in Central California. “They will feel the effects of the conservation/restrictions, but it will vary by growing area within the San Joaquin Valley. The closer farms are to the Sierra and Nevada Mountains, the East side of the Valley, the higher the water table is and the more water is available to them,” says Shaw. The farther farmers are from the mountains, the center of the valley and the western side of the valley, the lower the water tables. “These growers are more dependent on surface water being sent from the reservoirs in the Northeastern and Central/Eastern parts of the state,” says Shaw. 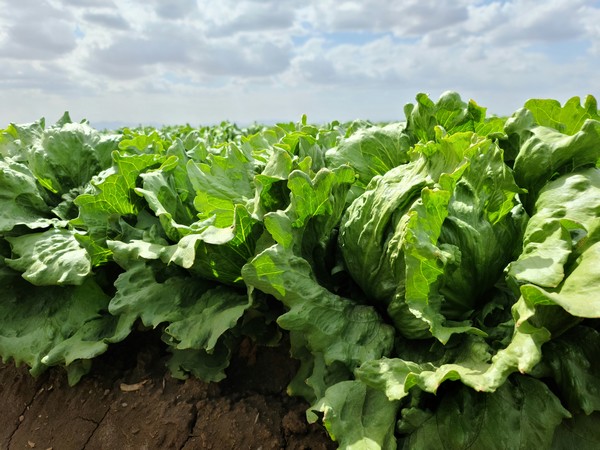 The current water conservation effects will have a particularly significant effect on lettuce and leafy greens in the Huron, CA growing district.

Snowpack drop
This year’s drought traces back to snowpack issues. “The snowpack from Lake Shasta sits at 48 percent and Lake Oroville is at 41 percent of average,” says Shaw. “The U.S. Drought Monitor shows 98 percent of California is in some state of drought with 88 percent in severe drought and 53 percent in extreme drought.”

While drought is a persistent issue in California, the state declared the last drought over in 2017. However by 2018 conditions were worsening again, particularly in Southern California and San Joaquin Valley. Shaw notes that snowpack levels went from 162 percent in 2017 to just 48 percent by 2018. The snowpack from the Sierra and Nevada mountains is the primary source of irrigation water for agriculture in both of the worst-hit regions—Southern California and the San Joaquin Valley—and Shaw adds that federal and state water projections say little to no water will be allocated to many of these growers.

Meanwhile the Salinas Valley, Hollister Valley, Santa Maria Valley, and Ventura County, these growing areas don’t source their water from the Sierra and Nevada Mountains, but are dependent on their aquifers, which also have challenges. “Anything grown in California will be affected in some way. Commodities like potatoes, apples, and pears, where most volume comes from the Northwest, will be less affected, but California growers still plant some of these crops to supplement those regions,” adds Shaw. 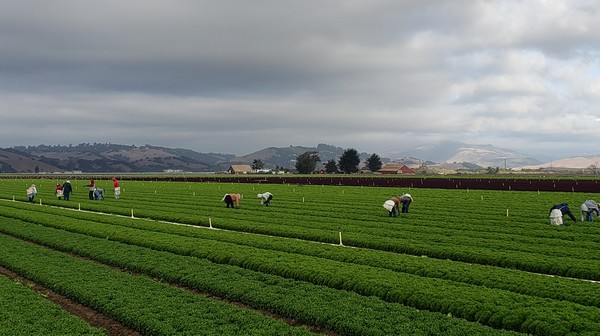 Growers may have to consider plowing under because they will not have enough water resources to complete the growing cycle.

Making calculations
With meteorologists predicting that if there isn’t significant rainfall next year, the reservoirs may run dry, for now growers are calculating how much water they have in ground water wells and may need to drill more wells if possible and combine that with allocated water from reservoirs to make it through. “A 2014 state law requires groundwater from wells to match the amounts taken from aquifers, making it even more difficult to meet production requirements. Because many/most will get zero water allocations this year, they must decide how many acres to remove—either by not planting or in worst cases, plowing under because they will not have enough resources to complete the growing cycle,” says Shaw.

And as in the past drought years, farmers are increasingly shortening their harvests in the most affected regions and extending/starting early in the Salinas Valley and Yuma/Imperial Valley regions. “The Central Valley serves as a middle point in the transition, until weather shifts into ideal conditions in the main regions. Without this, quality and yields can suffer,” says Shaw.

Is California agriculture sustainable?
All of this means shortages which in turn lead to higher prices. While that’s the immediate concern, the longer-term issue is sustainability of California agriculture. “As smaller growers leave the industry by selling to larger growers or retiring, that land may be repurposed for housing or other sectors, further reducing overall domestic agricultural output,” says Shaw, noting that Markon is monitoring the situation and working closely with its growers to ensure its supply levels.

As for what else lies ahead, with no significant storms expected this summer, the situation is expected to worsen. Shaw adds that growers are now asking state government to declare a statewide emergency which could ease some regulations and possibly give more access to water for growers. And while Governor Gavin Newsom has proposed a $5.1 billion dollar investment over the next four years for drought preparedness, infrastructure and response, of that, $1.3 billion needs to be prioritized for drinking and wastewater. “The California Farm Water Coalition says long-term solutions such as canals, groundwater and dam infrastructure will also need to be part of any plans,” says Shaw.