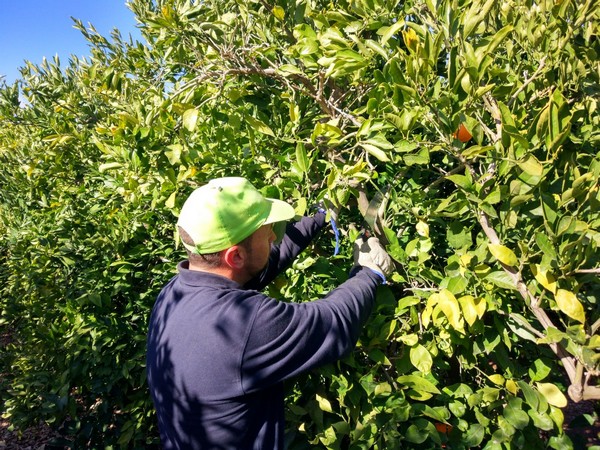 According to the new IVIA report, labor continues to be the main input in citrus costs, accounting for 21 to 25% of total expenses, depending on the crop. Irrigation water, however, is the cost that has increased the most and already accounts for nearly 20% of the total, a percentage that increases by an additional 5% if we take into account the amortization of irrigation facilities. The phytosanitary and fertilizer costs remain at 15 and 10% respectively. However, it's worth noting that the study didn't take into account the increase in the number of treatments that farmers are forced to undertake to combat pests and diseases due to the lower efficiency of the authorized substances. 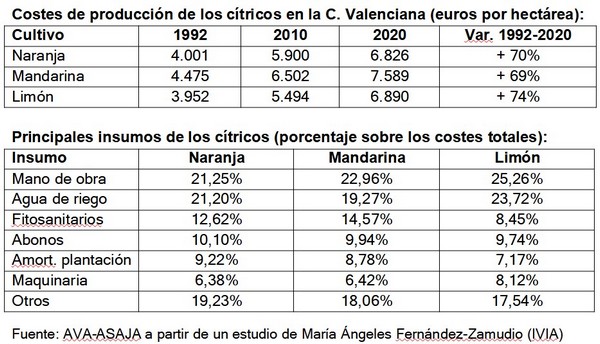 Ava-Asaja said that this escalation of expenses per hectare contrasted with the stagnation of average prices at source –especially in the majority varieties of Navelina orange and Clemenules mandarin– which highlights the profitability crisis that affects Valencian citrus growers and that has resulted in the abandonment of more than 30,000 hectares (going from 190,024 hectares in 2002 to 160,356 in 2020).

The organization calls on the administrations to support measures for the producer sector both to reduce production costs and to favor obtaining decent prices. Ava-Asaja denounced that the continuous regulations imposed on labor, water, phytosanitary, and environmental matters have increased the costs of the agricultural activity and made it harder. They demand the Government corrects the electricity tariff changes it's going to enforce on June 1, and request more research on economic, sustainable, and effective solutions to deal with pests and diseases.