Zucchini prices stand at an average of 20 cents per kilo in the auctions of Almeria, having fallen even to 12 cents in previous weeks. The prices of this product have thus stayed at below profitability levels for more than 50 days; one of the longest periods with such low prices for this vegetable in recent memory for the sector. 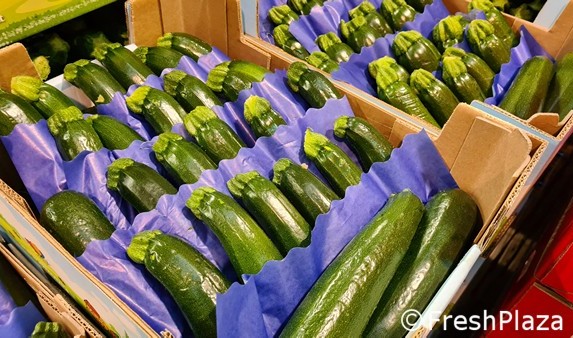 The acreage devoted to zucchini has been expanding in recent years in Almeria, to the detriment of other vegetables, such as tomatoes, whose profitability has been affected by the increase in production costs and the incidence of pests, as well as competition from other third party origins. This year, the growth in the zucchini acreage has become more noticeable.

However, according to industry sources, this year's unstable weather has caused the first and second harvests to overlap, both with high yields per hectare, resulting in a significant oversupply that still persists. "Temperatures have been warm for weeks, and this has accelerated the production process," says a grower and exporter from Almeria. The New Delhi virus also seems to have taken less of a toll this year, as plants resistant to this disease are starting to be planted.

"In a year without a pandemic, and with all sales channels at one hundred percent, this oversupply would probably not be so noticeable," says the exporter. "Prices started to fall before Easter, and until then, the campaign was not going badly. The truth is that it does not seem that prices will recover much until the end of the campaign, in June. Producers can hold on in the current situation for a few weeks, but not for that long. We will see how next year's zucchini acreage is affected by this."