Date distribution expands to the East Coast and Europe

Joolies, known for fresh organic California Medjool dates, has expanded distribution to the U.S. East Coast and into Europe, including the UK. In the U.S., Joolies can now be found in the mid-Atlantic in Shoprite, Safeway and Acme stores as well as Lowe’s Markets in the Carolinas. With this expanded distribution, Joolies dates are now available in more than 2,000 locations.

The brand, based in Coachella and known for its mint-colored packaging, is on a mission to change the organic date-ing game to bring new consumers into the category. Currently, household penetration of dates is roughly only six percent in the U.S. and is primarily driven by older generations and those with ethnic backgrounds, since dates are popular in the Middle East.

“We believe our fresh approach will invite new millennial snackers to discover Medjool dates and at the same time grow the category incrementally and bring more attention to dates,” says Mark Masten, CEO. According to grocery data from SPINS at a southern California retailer, Joolies has grown the date category 29 percent year over year. 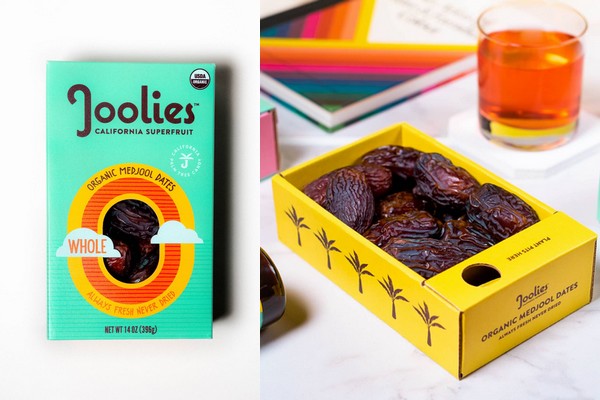 In its first two years of business, the Joolies brand has gained attention from trade and consumer publications, winning awards from Health Magazine, the Produce Marketing Association and the Specialty Food Association. Additionally it has been featured in Oprah Magazine, The Food Network and Popsugar media outlets, highlighting the organic Medjool dates package.

Joolies co-founder, David Kohl, has farmed organic Medjool dates for nearly two decades in California. “For maximum quality, each date is hand-picked and packaged at peak ripeness and never dried or re-hydrated,” says Kohl. “We’re excited to bring our homegrown ‘nature’s palm tree candy’ to new retailers across the U.S. and now into Europe.”

In the European market, Joolies will offer two product groups--wholesale 5kg boxes in jumbo, large and premium grade Medjools and shelf-ready consumer packs of whole and pitted dates, similar to the vibrant mint boxes in the U.S. Joolies B.V. sales and warehousing is based in The Netherlands, located in between the port of Rotterdam and Antwerp, giving distribution flexibility to European customers.

Forty natural and convenience stores have launched Joolies on shelf in April and are serviced by The Health Store and CLF, UK-based distributors servicing the natural, organic and independent health food sector. Each are serving around 800 stores.