Most premium grape varieties are slightly held up coming out of Mexico.

“We’re about seven to 10 days delayed with our Mexican Grape production,” says Fernando Soberanes of Giumarra based in Los Angeles, CA. Mystic Treat (red), Mystic Sweet (green), Mystic Pearl (black) Grapes are the premium grape brands Giumarra sources from Peru, Chile (who most recently finished up its season) and now Mexico. “We had some colder temperatures--the mornings are pretty cool. We do get some heat during the day but then it cools down again at night and it’s not allowing things to mature at the rate they normally would,” he says.

Normally at this time of year, Giumarra would already be receiving its first shipments of another premium variety, the Early Sweet Grape. Boxes are expected to arrive this week whereas normally they would arrive the first week in May. “However by the end of the month, volume should start picking up on our early varieties (Early Sweet, Flames and Summer Royals) and just starting with our mid season varieties (Sugar Drops and Passion Fire). We expect to have solid supplies of table grapes through the end of June,” says Soberanes. 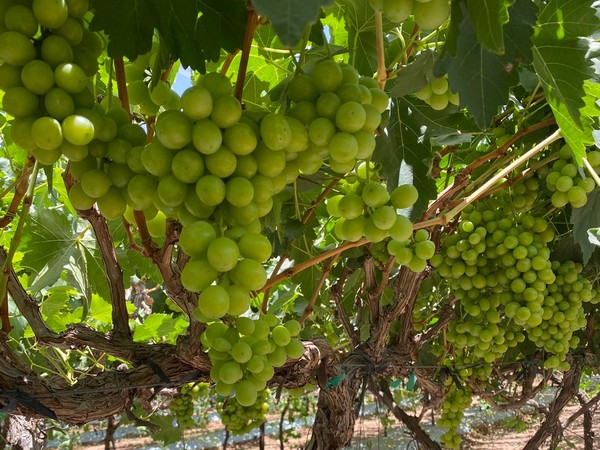 Increased production
This season, Giumarra anticipates moving approximately 4 million boxes of Mexican grapes. “This is up from what we moved last year,” says Soberanes. “Our team continues increasing production year after year and new varieties are yielding higher numbers per acre. Therefore there’s an increase in our volume.”

Meanwhile demand is strong for premium grapes. “Traditionally, we experience good demand at the beginning of May but this year we expect a really hot start for May,” Soberanes says. “There won’t be a whole lot of volume coming in as an industry in May. While we will have early grapes, we still expect demand will exceed supply at least for the first couple of weeks.” He also adds retailers are finding adding Giumarra’s clamshell grape program is enhancing and not cannibalizing from sales of bagged grapes.

As for pricing, at the start of the deal, higher than usual prices are expected. “Once we get to June, the volume as an industry will dictate more of a traditional pricing pattern,” says Soberanes.