Plastic is lacking and is increasingly expensive, so recycling it makes even more sense

Recycling plastic is nowadays considered an environmentally responsible action. It will soon become essential, and not only to respect the environment. The Ricircola project, which has seen Ilip and Apfruit involved directly, has led to various conclusions, one of which is that there is still a lot to be done, but that at least the direction taken is the right one. The project data were presented during a webinar held on May 6th, 2021. 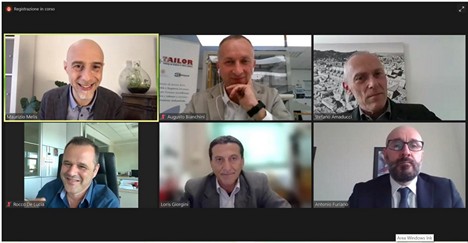 A moment during the round table

Clients from three supermarkets in Emilia Romagna (Cesena, Cervia and Faenza) were asked to return Apofruit grapes punnets to the store. Out of 9670 plastic punnets, 10% were returned, which were sent to Ilip to be reused. But the trend grew after consumers understood the purpose of the initiative. The test only lasted a few weeks but, extending it to the entire year would undoubtedly lead to a greater awareness. Not to mention the fact that most of that 90% of punnets has been certainly recycled via the usual waste sorting channels.

"Up until a few months ago, PET cost €700 a ton, now it costs €1400. It is clear that, when the virgin material becomes more expensive and more difficult to source, the added value of the recycled material increases," explained Augusto Bianchini frim the University of Bologna.

Rocco De Lucia, owner of Siropack and heart of the project, added that "we are facing a new model, which is convenient and economically sustainable. Our company builds machines for those who make punnets, so we are upstream of the chain, but we are all involved in this radical change."

Raffaele Rossi from Apofruit explained the role of the cooperative in detail. The experiment lasted two months and concerned punnets of seedless grapes packaged in Scanzano Ionico and delivered directly to the supermarkets involved.

With an innovative and scientific approach, the University of Bologna quantified the environmental sustainability of the project by assessing some indicators, which make it possible to obtain a numerical comparison with respect to the current management of plastic punnets. The circularity of "Ricircola" punnets was determined by assessing the content of recycled material, the recyclable quota, waste management and the longevity of the recycled plastic.

Jessica Rossi from the University of Bologna

For example, compared to the current management of plastic, the model proposed by "Ricircola" enables to increase plastic recovery efficiency by 120% thanks to waste collection and sorting methods, which lead to a post-consumer flow of material free of contaminants (e.g. composite materials and/or other materials) facilitating recirculation.

According to Bianchini: "Considering a duration of the initiative of one year, the projection of the results obtained show it is possible to reduce the impact of the current plastic management without having to do without the irreplaceable benefit of using this material, especially when it comes to food packaging applications." In fact, prolonging the project to 12 months could determine a 126% increase of recycled plastic, a 57% reduction of the waste sent to landfills and a replacement of virgin plastic with secondary plastic of 36%.