"We applied it to apricots and sweet cherries, and at -2 C they did not suffer any damage.”

In the last few weeks Europe has been hit hard by low temperatures and night frosts, which can cause large crop losses and many sleepless nights for growers. This is also a problem in many other areas around the world. 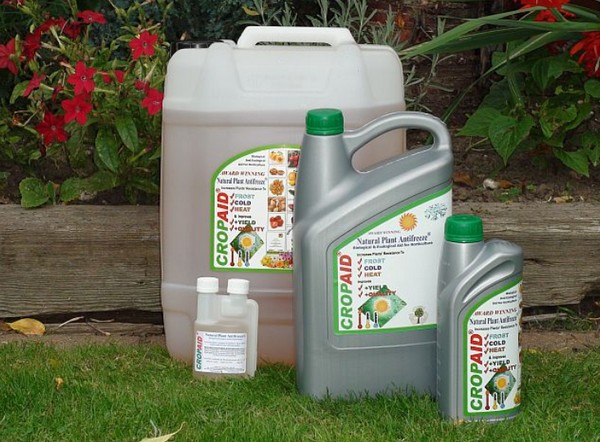 Both AntiFrost Max and AntiHeat Max have been certified by The Soil Association and are safe for use on organic crops. Adas UK officially trialled the product for frost protection on strawberries and potatoes and since confirming the successful results, CropAid has won multiple awards.

“Our AntiFrost Max probiotic natural bio stimulant fertiliser has been evolving over the years and we now supply many countries around the world with this product,” explains Raquel Tanseli a director of the company. “The product is suitable for almost any crop; fruits, vegetables or flowers.”

“The product is recommended for atomized spraying on crops and the contact surface has protection from frost after around 12 hours. We recommend early application as better results are achieved when the plants are healthy and not already stressed. The effectiveness can vary between different crops in different environments. Long term application is advised, with an additional spraying 24-48 hours before a frost event.” said Aydin Tanseli, also a director of the company. 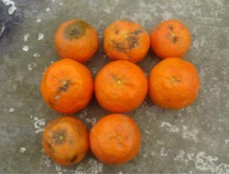 AntiFrost Max releases and reinforces different reactions in the plant’s metabolism. Its mode of action has a similar effect to that of plant hormones and natural regulators. It can increase resistance of crops and plants to cold and frost injuries and biotic and abiotic stresses. It can also be used to prevent plant injuries as well as cure them.

AntiHeat Max
Plants take the moisture out of the air and roots by osmosis and, in order to do this, increased photosynthesis is essential. If AntiHeat Max is used on a regular basis from the early stages, the appearance of the crop will change to adapt in arid and hot environments as it can take moisture also from the soil aided by the product. AntiHeat MAX also contains essential amino acids to repair the damaged crops. This gives the opportunity to grow crops in environments which would not normally be suitable. These changes can also inhibit insects and pests attacking the crop.

What some of CropAid’s customers say:
France: “In a land where vineyards are widespread, we had the product applied in a Sauvignon vineyard, a couple of days before the frost. The temperature dropped to about -3 °C. The vineyard was saved. Those around were severely damaged.” 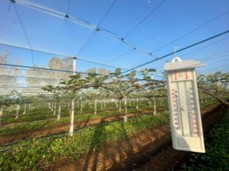 Romania: “Usually we cover strawberry fields with fleece, last year we had -2 degrees Celsius air temperature, but on the ground, we had -6. The fleece was not enough, most farmers lost 70% of the crop. It was different for us, we applied AntiFrost two days before the frost and we saved the entire crop of flowers. We applied it last year to apricots and sweet cherries, and at -2 C, they did not suffer any damage.”

Slovakia: “The majority use Cropaid Antifrost in their vineyards and apple/peach/apricot orchards, also on strawberries and forest nurseries. The existence of CropAid Antifrost is spreading between the growers every year.”

“We fertigate 8ha of peppers and cucumbers from the stage of planting and during the whole season until the end of harvest and, by doing this, we protect them from the first frost in the autumn. We have the situation where there is a constant level of AntiFrost in the plants, they are prevented from stress and there are no big fluctuations. The plants are stronger and, in the end, it results in better and higher quality production. We have a good experience with this product and have been using it for years.

Italy: “Most farmers use CropAid products on tomatoes, courgettes, aubergines, melons but also lots use it on their orchards. We have found that the more leaves there are on the crop, the higher the level of efficacy as there is a bigger area for the uptake of the product. Another observation is that the sugar content increases on treated crops and the colour, such as the redness on apples, is more intense. AntiFrost protects kiwis very well to -3 C and recently, in areas where the temperature had gone down to -5 C, it was still around 40% effective. In comparison, the untreated areas of the same kiwi farm were over 80% damaged.”

Tunisia: “Growers use CropAid AntiHeat on grapes through foliar application, we get a good resistance to hot temperatures and coloration of the cluster. We have been using both AntiHeat and AntiFrost on a variety of crops, particularly citrus fruits such as clementines for years.

UK Heat Trials: “We did heat stress trials using NFT on cherry tomatoes in a glasshouse during July and August treating two rows and leaving two rows untreated. The heat in the glasshouse was sometimes over 30 degrees C. The treated two rows had a more compact bush, the fruit was more even, the tomatoes were ready to be harvested quicker and they had improved fruit-set. In general, the plants sprayed with AntiHeat were not as stressed as the control rows and did not require watering as often. The control plants were transpiring more and therefore absorbing more water from the roots.

UK Nursery: “We used AntiFrost on Geranium Maderense, Zantedeschia Aetheopica, Euphorbia Mellifera and the new growth on Clematis Armandii. All plants were completely unaffected by the cold weather and frost. We were very pleased with the results.”