Well-known apple and pear industry personality John Corboy died on Saturday, 24 April, after a long battle with emphysema, aged 71. Remembered for his passion and fierce determination to assist others and his Goulburn Valley community, John worked tirelessly for the greater good of the horticulture industry. 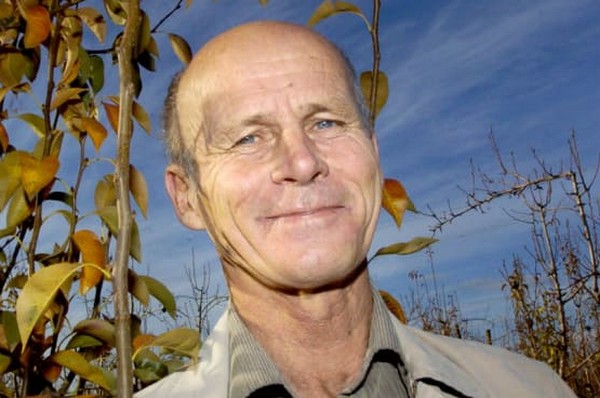 APAL Director Chris Fairless said John saw opportunity in collaboration. “He was an advocate for the fresh fruit industry, but it spanned much wider than that. John was always doing things for the local community, improving the region and encouraging everyone in his path, he was a mentor for many including myself,” Chris said.

“His endeavour to add value to industry has been enormous, he gave a voice to the region and his life operated around others more so than himself, his family and his business.”

In 2007 John received an Order of Australia medal, being recognised for his services to the agricultural sector, particularly fruit growing and processing industries and to the community of the Goulburn Valley.

Following the achievement, he was interviewed for an Australian Fruitgrower magazine article where he went on to say: ”…whatever I have achieved, I have not achieved on my own. In most of the things I have been involved in, if you took out two or three people from the team or board, very little would have happened.”

Perhaps his most significant achievement was the leadership role he played in the campaign against fire blight when New Zealand were negotiating access to the Australian market. APAL CEO Phil Turnbull said John worked tirelessly as Chairman of the Fire Blight Task Force. “He did an enormous amount of work and played a critical role in maintaining our biosecurity status for benefit of the entire industry,” Phil said.

John held numerous roles in the fruit growing industry, from the Executive of Australian Apple and Pear Growers Association to the Australian Summerfruits Council. In 1990 he was instrumental in the recovery of SPC where he led a group of growers to replace the SPC board and sat as Chair for four years. He was awarded the Australian Fresh Fruit Company (AFFCO) Award for distinguished service to the apple and pear industry in 2006 and in 2010 he joined the Industry Legends Roll of Honour.

John was also a driving force behind securing  more than $2bn investment to fund modernisation of the aging Northern Victorian irrigation system to support the ongoing viability of irrigation in the region.

John will be remembered for his endeavours to add value and contribute to the industry.