Moroccan grape season will soon be in full swing

Morocco produces grapes for both the fresh produce sector as well as for wines. According to Fatiha Charrat, commercial and marketing director for Delassus, plantations for the latter have increased, but the plantations for table grapes still have a large majority in share: “The Moroccan acreage dedicated to grapes was 51,000 ha in 2018. Since then, new plantations have been added, especially for wine varieties. In 2019, production reached 427 140 tons, including all varieties. Table grapes represent 75% of the production, while 25% is used for dried fruits and wine.”

The grape season will soon be in full swing and Charrat states it will be a very busy couple of weeks for Delassus. “from Morocco, about 6,000 tons of grapes are exported in a narrow window of 5 to 6 weeks, from mid-May to mid-July. These grapes are grown in high-tech farms with greenhouses, drip to drip irrigation, certifications, packing houses with fast cooking system. These operations work with high-end protected varieties. They are located in Taroudant and Marrakech. The main varieties that Morocco exports are early sweet, Sugra one and Crimson. Other tasty varieties were introduced during the last three years, such as the new red seedless Passion Fire (Arra 29), Sugar Drop (Arra30) variety and the Prima black variety with seeds.” 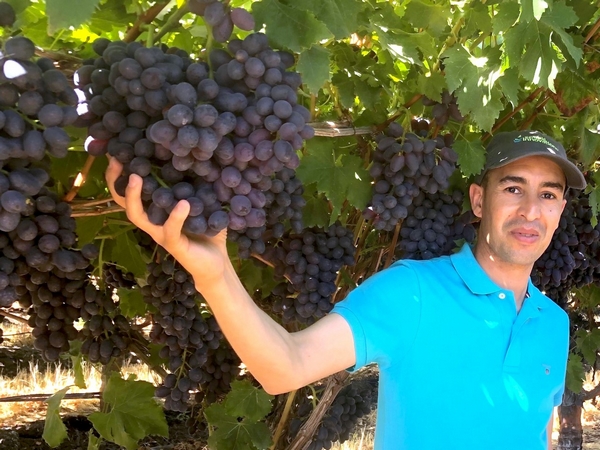 Overall Charrat expects the volumes of exported grapes to increase this year, as well as an extended season due to new varieties coming into production. “Delassus has the ambition to be the reference of the grapes from Morocco. The strategy is to have the best recent varieties known for their flavor, productivity and shelf life in production. As many new varieties are coming into production this season, we expect an increase of 36% when it comes to volume and the season should be extended until the third week of July. We expect to reach 2000 tons in exports by 2023. About 50% of the grapes will be white varieties, 35% red and 15% black.”

For Delassus, the main markets are the United Kingdom and Germany. Each market has its preference in terms of variety, Charrat says. “Germany and UK are the main markets for our grapes. German consumers are not fans of black varieties, but are open to Moroccan white and red varieties. The UK market prefers Midnight Beauty and Sable. Having these varieties in the Delassus portfolio facilitates our supply to the UK. Morocco competes with Egypt, so in May prices are under pressure, they should start to come back to normal in June.” 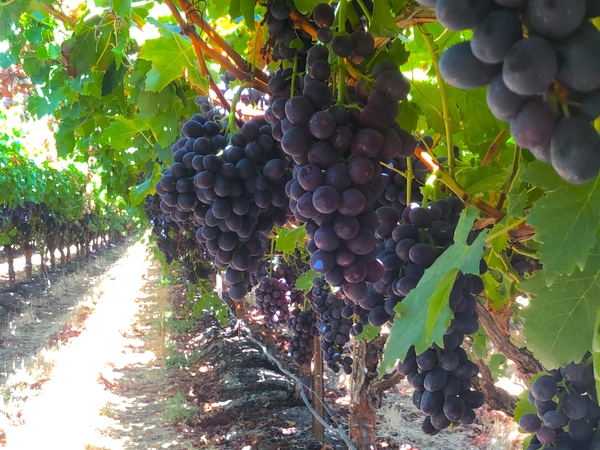 Although the Moroccan produce exporter has mainly focused on white varieties, recently they have shifted some of that focus to black and red varieties, Charrat explains: “At Delassus, we’ve been growing and exporting grapes for over 15 years. We were focusing on white varieties, but since we decided to grow our grapes business, we’ve managed to introduce Morocco to Sunworld famous varieties of black seedless grapes: Midnight beauty® and Sable®. We also grow red variety Passion Fire (Arra) and Timco (SNFL). On the whites, we will export this season Ivory (SNFL) on top of Arra’s varieties.”