Tasmanian grower Shane Weeks was already convinced of the value a harvest platform could add to his orchard operation in higher quality and productivity before last year’s COVID-19 border closures turned the tap off on seasonal labour.

When they did, he went straight out and ordered two.

For Shane, Managing Director at Spreyton-based Ayers Orchards, the inevitability of an increased reliance on inexperienced domestic labour – “the writing was on the wall, we saw it coming big time” – simply added the timeframe to the investment – right now. 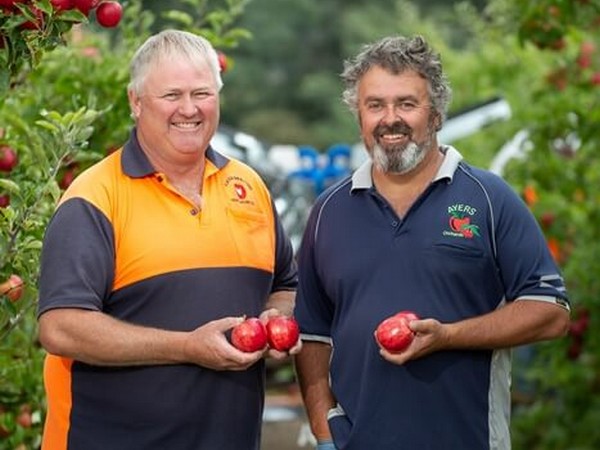 Temporary asset write-off tax incentives were a bonus, but Shane said that the key motivation was making his Spreyton orchard a place people who had little experience of apple picking wanted to come to – and once there, stay put.

“If we want workers, we have to look after them,” Shane said after taking delivery of two REVO Piuma platforms just before starting harvest. “It is hard work picking. These beginners, they still have to learn how to pick. If you hadn’t picked before and you had the choice of ladders and bags or standing on machine, what would you choose?

“A platform is a lot easier on the labour and it’s about safety. I’ve fallen off ladders hundreds of times and I don’t want that happening to others.”

Shane said removing the need to learn how to manage ladders and bags efficiently meant new pickers were also more productive sooner, stayed longer – reducing staff churn and employment admin and overheads – and the fruit they picked was better quality. The platforms could also be used to reduce labour for other orchard management tasks.

“It will do away with a lot of the bruising,” Shane said. “If they drop an apple onto the belt, it is just one, if it is into the bag it is four to five and it does away with the dropping into the bin.

“We would’ve liked to have them earlier to prune, but we can do that this coming season. We can take the picking sides off in 10—15 minutes and put a compressor on for pruning, we can use them for thinning and for harvest. We also have cherries and we can use them for putting on the permanent rain covers. The workers will be able to live on them,” he joked.  “We think they are going to be great.”

At $150,000, it’s a significant outlay, but one Shane is confident will be easily recovered in increased productivity and quality.

“If I can get on average five bins per person per day across the season, I’ll be happy,” he said. “It would pay off in 5—7 years.”