The banana market, and more precisely the Rungis market, is not doing as well as it should be at this time of year. “The market is still correct,” according to Alain Alarcón, president of Banagrumes, multi-specialist fruit company based on the MIN of Rungis. “The banana market is quite competitive at the moment because there has been a strong increase in tonnage on the French market in recent years.”

Currently, there is no shortage of merchandise and lower prices have been announced for this week. “The African origin is at the peak of its production and the Caribbean bananas are also becoming more present. Additionally, Ecuador has shipped a lot of merchandise in the past few weeks.”

Banagrumes supplies retailers in the Ile-de-France region, as well as wholesalers in Paris and the provinces. The company markets 70 to 75% of the French Caribbean bananas and ripens 1% of the French market (7,000 tons).

Colombian bananas join the Orlana range
After the mangoes, avocados, pomegranates and kiwis, it is now the bananas’ turn to join the Orlana family, its second own brand launched at the end of September. In this way, Banagrumes is expanding its range, offering the Fairtrade banana of Colombian origin which fulfills the consumers’ desire for more responsible consumption.

“In February, we introduced the Fairtrade Orlana banana from Colombia, therefore anticipating the growing consumer demand for a more virtuous and sustainable banana.”

About the choice of the origin, Alain Alarcón explains that: “Colombian bananas are quite similar to the French Caribbean varieties, which saves a few days on the maritime freight, compared to other bananas from South America. In terms of taste, it is also very close to the Caribbean banana.

”Another strong argument for the company, which has its own ripening station, is that Colombian bananas require the same time and the same artisanal ripening techniques as Caribbean bananas. And once they are ripe, “they continue to evolve very well with our retailers.” 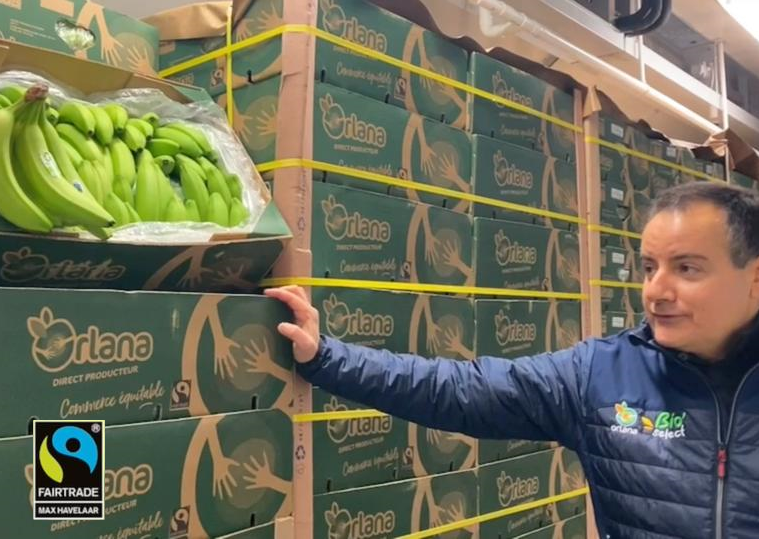 “We also have other relatively recent developments in Colombia regarding organic farming which are slowly coming along,” adds Alain Alarcón.