Australians get a taste for New Zealand's feijoa

The New Zealand feijoa season typically runs from early march through to the end of May / early June. This season did however start a bit earlier and an earlier finish is anticipated. 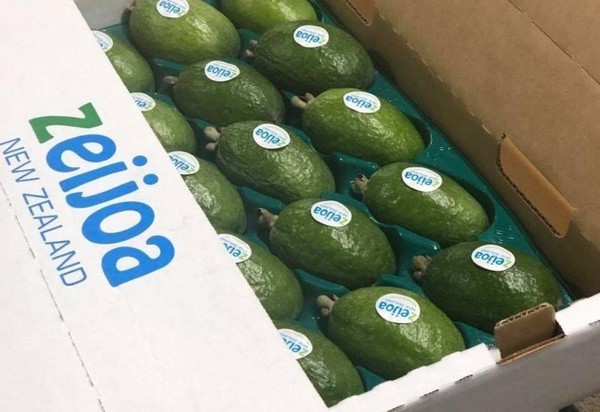 "Zeijoa has set the bar high for grower membership. This brand is only for New Zealand’s leading commercial feijoa growers," explains Todd Abrahams, Director from marketing company Pole to Pole.

"Weather conditions have been fairly warm for the March and April period. A drier summer meant that rainfall was very welcome in late February / early March. Feijoa sizing has been very good this season with a larger percentage of larger fruit. Quality has generally been good with lower reject rates due to cosmetic defects."

All feijoa sales are done under the Zeijoa brand.

"Our market penetration this season has been particularly good throughout Australia. While NZ is still the largest market the development of the market in Australia has been going very well and our team appreciates the importance of expanding our marketing into other countries to ensure we continue to capture maximum value for our grower base."

This season saw the start of online sales in Australia via the Freshstore platform www.freshstore.co.nz  in particular online sales into Melbourne have surged.

"While expat Kiwi’s in Australia are regular buyers we are now also seeing more Aussie consumers buying our feijoas – this is an area we have been targeting specifically."