Room for growth in the South African avocado sector

Over the last five years, The South African avocado sector harvested approximately 125,000 tons of avocados per annum. The area under commercial avocado orchards stands around 14,700 hectares, with new plantings of about 900 hectares added per annum. The avocado sector contributes to at least 11,500 jobs on farms and packhouses. South Africa expects an uptick in avocado exports this season of 66,000 tons compared to 60,000 tons in the previous season. 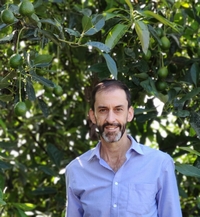 Avocado production in South Africa has traditionally been concentrated in the warm subtropical areas of the Limpopo and Mpumalanga provinces in the North East of the country. However, production is expanding in KwaZulu-Natal and the Eastern and Western Cape provinces. The South African avocado season spreads from February to November, with most fruit being harvested from March to September.

South Africa is part of the World Avocado Organisation (WAO) that represents the leading producers, exporters and importers of avocados. Other countries involved include Peru, Colombia, Spain, Tanzania, Mozambique, Zimbabwe, Mexico and the United States.

“Between 45 and 50% of South Africa’s avocados are exported; 10 to 12% are processed into oil and guacamole; and the rest are sold locally. About 95% of South African avocado exports are to Europe, the United Kingdom (UK), and Russia. The South African industry and government are currently negotiating market access to the USA, China, India and Japan,” Donkin said.

According to Joe Shaw Roberts, the UK avocado market has seen astronomical growth over the last five years, however, long term growth is at risk if price deflation continues in the market.

Dukes said, to offset the price pressure expected from Europe, the South African avocado sector needs to increase production from 10 tons to at least 15 - 20 tons per hectare. “We also need to develop alternative markets, and undoubtedly the focus on the East is going to help us release some of the pressure. Finally, with extended seasons - if you are fortunate enough to have production in different regions - you could balance the windows of supply.”

“In the off-season, South Africa imports from Israel and Spain and is looking into importing from Tanzania. That will give us a full season of consumption in South Africa,” Dukes said.

Armitage said there are countries in Africa where per capita income, economic and population growth provide a good opportunity for exports. In terms of engaging the risk of exporting to these countries, one needs to understand their logistics chain, seaport and cross border constraints and trade agreements. 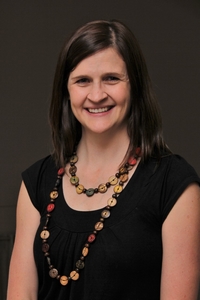 Stroebel commented that the consumption of avocados in China grew 1000% since 2014. “The Chinese currently consume 40 grams per capita. If they would reach 4kg per capita, like in the USA, we still need much more extra production to supply the demand. It is a costly process to develop a market from scratch, to ensure your customers are comfortable with your product, and to increase consumption. However, if you get that right, the growth potential will be there.”

Dukes expects that innovation in the avocado sector will be continual and gradual. “The introduction of precision agriculture and agtech are the areas where we will see the greatest innovation and the largest leaps in the South African avocado sector. With existing and new varieties and rootstocks, we are already harvesting better than before, and we are using innovative techniques to manage orchard conditions and tree architecture. One thing we do not have yet that will change projection, is the availability of dwarf type genetic material to plant high density. It is a little bit of everything that adds up to a lot,” Dukes concluded.