One swallow doesn't make a summer. But yesterday, Henk van Doorne of Van Doorne Imex did hear these birds chirping for the first time this year. They're back in his barn in the Netherlands. That's a spring tradition, just like the first greenhouse fennel. Henk's not growing this himself this year. From next week, he will, however, start getting it from a fellow grower. "As far as I know, this is the only greenhouse fennel in the Netherlands." 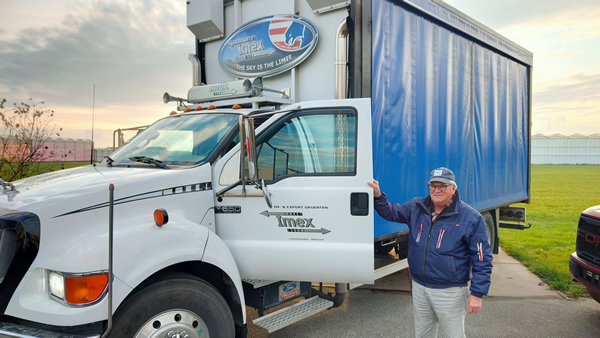 It hasn't been easy on the greenhouse lettuce market in recent weeks. "Exports have been especially meager. There was a lot of lettuce going to the Middle East. But COVID-19 is making things difficult there. Many restaurants are currently in lockdown. A few pallets are still being exported. Most lettuce is, however, being sold on the domestic market."

But, according to Henk, prices are a bit better. "Jumbo lettuce is especially well-priced, at €0.65 now. Leafy lettuce prices are gradually rising a little, but not fast enough. They're going for around €0.30 to €0.33. It's been somewhat more difficult in the past few weeks. So, several growers have been planting endive instead of lettuce. That's reportedly going pretty well."

"We've had fewer resources available for around three years now. Despite that, the lettuce quality is good at the moment. What's unfortunate is that everyone's finding their own way. There's no longer a study club, and the sector's far too divided. That means we can't take a united stand. I'm also concerned about fusarium randomly cropping up again. Even though we had a cold spring," Henk concludes.