British Columbia cherry growers optimistic about prospects for this season

As cherry blossom is underway in the early southern areas of Canada’s province British Columbia, a careful estimate can be given about the prospects of this year’s crop. The past two years were difficult for cherry growers and all connected with this dynamic industry. “However, we are really excited about what we’ve seen as we’ve toured the orchards in recent days,” says Richard Isaacs, Commercial Director at Global Fruit. “With no serious winter damage, it’s a totally different picture to the one we were facing exactly a year ago,” he added. Peak blossom in the mid and late season regions in the Central and North Okanagan valley will be in early May, with the orchards around the town of Creston in the Kootenays following shortly after. “Timing looks to be pretty normal right now, but it is too soon to be predicting harvest dates as the temperatures in May and June play a big part in how many days it takes from flowering to picking.” 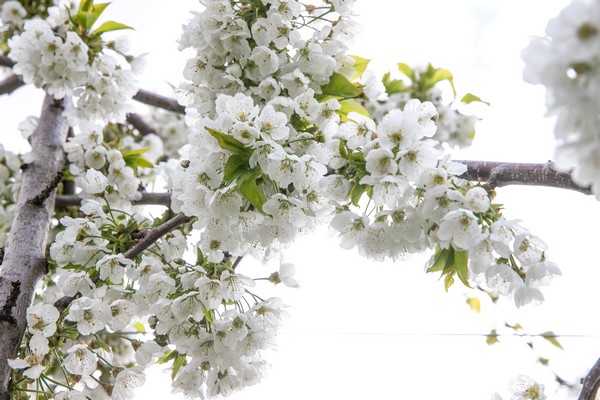 Overdue for good crop
Back in 2019, the cherry harvest was badly affected by rain and in 2020, there was severe winter bud damage in the majority of growing regions in BC, even before the first flowers emerged. “Growers in this region are overdue for some help from Mother Nature,” Isaacs shared. “So far, despite a couple of cold nights on April 10 and 11, we have not seen much damage at all in the majority of orchards.”

In growing regions where the buds were closer to opening, we can see some flowers without pistils, but this won’t amount to much more than a natural thinning of what could have been an over-crop situation,” he explained. “With the high number of buds on the trees this year it won’t do any harm to lose a few flowers. It will only improve overall size and quality without having much impact at all on tonnage per acre.”

Wide geographic spread
To mitigate against the risk of localized weather events and to allow customers to receive top quality Canadian cherries for longer, Global Fruit has a wide geographic spread of production. “It allows buyers to confidently make programs with us as opposed to production that would be limited to one or two growing regions,” said Isaacs. Retailers want to be sure their vendors have robust contingency plans and therefore, having numerous packing houses is also great for risk management. “While we are doing everything possible to keep workers safe and packing houses operating every day, which we did successfully in 2020, having multiple options to direct fruit from orchards to different facilities is very reassuring for our customers and for our growers alike.” 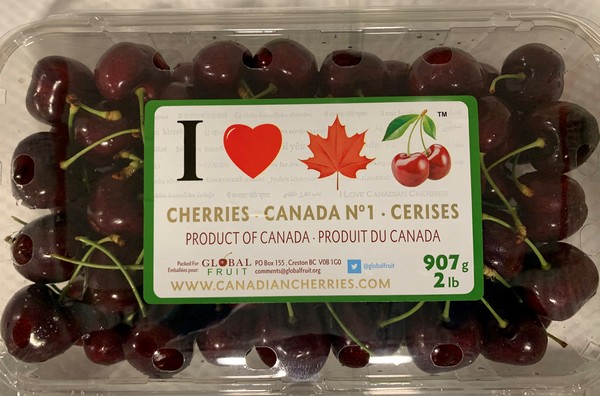 Extension of season with blush cherries
Global Fruit will bring more than 16.5 million lbs. of Canadian Cherries to its customers in North America and around the world this year, working exclusively with 25 dedicated growers and with 7 packing houses to provide a season that stretches from mid-June until early September. “In addition to the core group of top-quality growers we have worked with for more than 15 years, we also have our own production in Creston,” Isaacs explained. Global Fruit’s owner, Andre Bailey, created River’s End Farms a few years ago in his hometown, which is traditionally the latest cherry growing region in North America. “There, he set about developing orchards that allow for trials with innovative ideas, sharing the results with all our growers.”

"Although he did plant some red cherries, Bailey decided to really focus on growing the best quality late-season Rainier and other blush cherries that ripen even later. “We have high-density orchards planted on dwarfing rootstocks, with our own unique cover system being installed this year to protect the crop against different weather events including late frosts and rain during the season.” According to Isaacs, these orchards are now in full production and will allow Global Fruit’s customers to extend their Blush Cherry campaign after those yellow/red varieties have finished in Washington.

Focus on quality and consistency of supply
If Mother Nature does serve up a record cherry crop, Global Fruit is well positioned to take full advantage. “We have a combined total of 72 lanes of Unitec Cherry Vision 3 optical grading in our group,” shared Isaacs. “Across our group of growers, we have new orchards coming into production with both red and blush cherries, as well as increased packing, cooling and cold-storage capacity. Altogether, we are optimistic that 2021 will be the best year we’ve ever had.”

The last two seasons were not great, but the group’s growers continued to invest in line with the long-term strategy Global Fruit has been following for many years, which is to focus all efforts on quality and consistency of supply. “We wish our growers the best of luck in the next few weeks as the crop takes shape and we look forward to giving all our loyal customers a plentiful supply of the exceptional high-quality cherries that we are famous for,” Isaacs concluded. 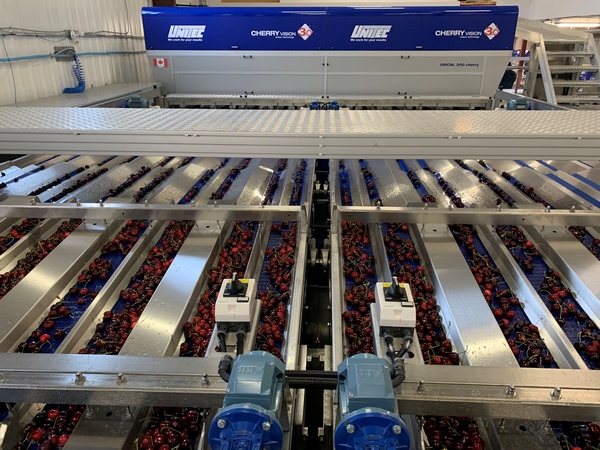