While the market for industrial potatoes was largely paralyzed during the pandemic, the Bavarian ware potato market is booming. Particularly in food retailing, regional ware potatoes are in high demand. In terms of volume, however, they are looking back on an extremely difficult season with lousy yields and storage qualities, Robert Koch, potato wholesaler and owner of Johann Koch e.K., told FreshPlaza.

"Consumers are cooking more at home, which is why larger sales volumes are going to food retailers. Regionality is an important point in the purchase decision at the point of sale," the experienced potato marketer knows. From a longer-term perspective, Koch says a gradual structural change has taken place within Bavarian retail. "The assortment at discounters has expanded significantly in recent years. Until a year ago, mainly firm-cooking tubers were taken for processing at home; nowadays, firm-cooking potatoes are also increasingly finding their way to the consumer. The same applies to organic potatoes, which currently account for about 30-40 percent of our sales." 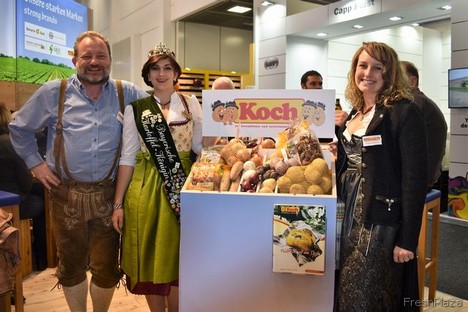 Climate change puts a strain on potato cultivation
In terms of cultivation, climate change is putting extreme pressure on potato growers. Koch says: "The varieties commonly grown on the market - Gala and Marabel, for example - are medium-early potatoes, with quality problems in storage starting in April-May. At the same time, as temperatures tend to be higher in this country, we have to reckon with more and more southern potato diseases, which of course does not help marketing volumes. That means we urgently need disease-resistant and storable varieties."

Due to last year's drought and quality issues during storage, there have been relatively modest stocks. "While there was a bountiful crop, a large part of it was ultimately unsaleable, which is why listings have also been rather below average so far. In view of the circumstances, we will stop marketing alternative products in just under two weeks and switch completely to Israeli imports at a very early stage," Koch explains. 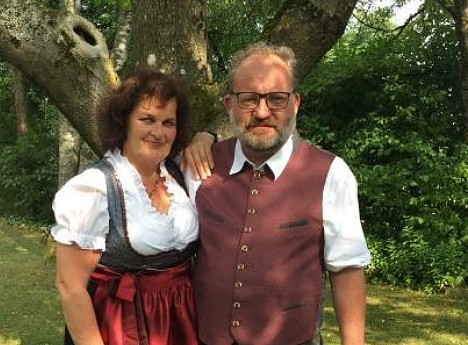 Robert Koch and his wife Petra

Encouraging growth in organic red onions
Onions are the second mainstay of the traditional family business. In this area, too, the company tries to supply food retailers with regional products wherever possible. "For yellow onions, we switched to New Zealand imports at Easter. In general, we are seeing a gradual extension of the regional marketing window: until a few years ago, stocks ran out as early as February, but thanks to modern CA storage technology, retailers can now offer Bavarian onions for much longer."

In contrast to potatoes, he said, the qualities of table onions have generally been quite pleasing. "Otherwise, we see a clear trend toward organic, especially in red onions. In this segment, we will not have to resort to imports until early May, exquisitely from other European countries," Koch concludes.