A New Zealand-based agritech solutions company says even changing an element of the way a fruit and vegetable business is run can greatly lead to the reduction in food waste and improve sustainability.

Speaking at the recent MobileTECH Ag conference in Rotorua, WayBeyond Chief Technology Officer Jonathan Morgan noted that there is an estimated 1.3 billion tonnes of food that is wasted globally each year. During the horticulture production stage, from growing to the retail store, 75 million tonnes is lost; 70 per cent is root vegetable loss and 30 per cent is fruit loss. Domestically, New Zealand throws out over 157,000 tonnes every year, including 6,302 tonnes of oranges and mandarins and 4,767 tonnes of potatoes.

But he also explained that there are business opportunities in addressing these problems in the production process, as it will ensure items that producers put time, money and resources into, actually reach their potential.

He gave several examples of how businesses that WayBeyond has worked with, have used technology and data to cut down the amount of produce that is being lost or wasted, with the first message being "grow where people live".

"Harvest London is an interesting company," Mr Morgan said. "The CEO explained to me the philosophy is really simple in that they only grow what someone has already bought. (Originally), what happened was they worked out that they could grow 117 different herbs then tried to sell them but ended up throwing half of them out. So, the motto was that they grew a product vertically because it was cool. But they started picking up the data of how they grew the herbs and how the environment fits. Then they changed their business model and what they do now is vertically integrate with their customers, where they sit down and work out precisely what the demand is. In other words, working out how much are they going to sell 2-3 months from now, so they can match the demand 100 per cent. Their customers now have five-year contracts with them. Economically, it wasn't viable for them to keep doing it the way they were doing it, and they were able to use the data to reduce their food waste." 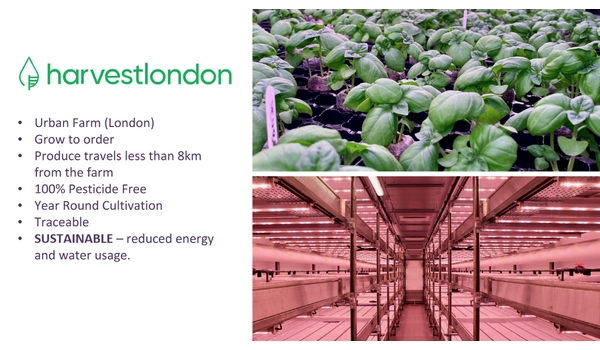 WayBeyond is a company, based in Auckland, that is focused on data in farming, in particular predictive agriculture, to help plan and work towards a sustainable food future. It has created solutions to allow growers to do more with less and harness new technologies, connect disparate systems and leverage plant and environmental data to optimize farming processes.

Another message, Mr Morgan explained was the importance of the "direct to customer" approach, which cuts out on all of the extra handling and potential for spoilage - especially in the fruit and vegetable industry. This was especially relevant over the past 12 months with the COVID-19 pandemic and lockdowns across the foodservice industry, where growers had to diversify from their sole customer base of restaurants and cafes to using online tools to sell directly to consumers.

"Some companies have not only pivoted but actually been able to expand their company - and it is pretty easy to set up an online shop," he said. "So, what has happened with COVID is that consumer behaviour has changed, and it is going to stay that way. It is not going to go backwards." 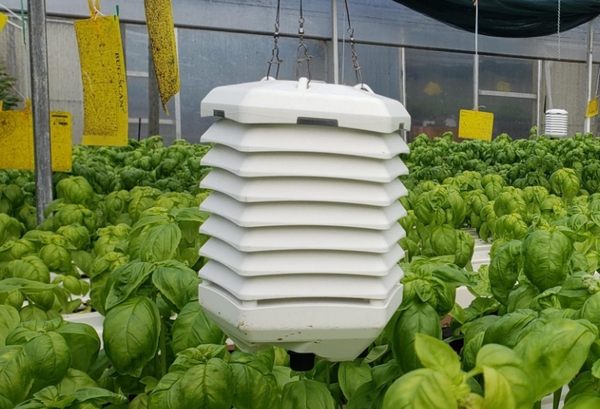 The third message and one where he has direct involvement is "managing the environment". Mr Morgan highlighted a company that uses WayBeyond's own Folium® system to measure the microclimate, or what is happening directly at the plant and how it is being affected by the environment. It is a climate monitoring system, using multi-sensor units that form part of a wireless sensor network to collect readings over large growing areas.

"We rolled out a few units for a trial customer and our field trial specialist noted that they had very high humidity at night and told them that they were in the prime situation for a Botrytis outbreak right now," Mr Morgan said. "I don't know why, but they didn't act. They lost 30 per cent of their crop. As a small grower losing that much of the crop, you not only lose that product and it becomes food waste, but you can't regrow it. On the other hand, we got an email from another company in Atlanta (USA) and they absolutely love Folium®, because they have not had a Botrytis outbreak this year. Every other year previously they have had two. So, having the sensor data that they need to make decisions in their growing environment has enabled them to reduce their total waste." 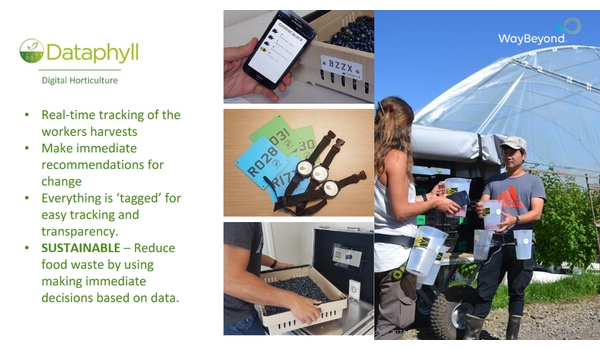 The fourth message that Mr Morgan believes can help lead to the reduction of food waste is "managing the people with the product". He referenced orchard management software company Dataphyll, which has technology that tracks workers involved in harvesting, in real-time.

"If you think about the picking process, especially with soft fruits, which can get damaged very easily - it would go back to the packing shed to be graded and tallied up," Mr Morgan said. "The manager would then, at the end of the day, be able to work out who is not doing the picking properly, or getting too much B-Grade fruit, which would be sold for less than a quality product, meaning the food waste is pretty high because the bottom line is reduced. What they did is create a system where people have a band on them and their bucket is quickly tagged. Within 20 minutes, the fruit is picked and sorted, the company knows if a picker is making a mistake. Labour has always been a major issue, and COVID has made it worse, so having highly skilled labour, and knowing that they are doing their job correctly enables you to make decisions quicker; so they are getting on top of a problem within 30 mins of it occurring rather than having a day's worth of damaged fruit from one person."