First Spanish peaches of the 2021 campaign

"We remain the retail's preferred partner for early peaches and nectarines"

As every year, the Sevillian company Royal is one of the first to start the stone fruit campaign in Spain. "The weather conditions during the winter, with an ideal amount of cold hours, in combination with the current temperature increases in Andalusia, lead us to expect an exceptional campaign in terms of both flavor and quality," says Pascal Boutin, General Manager of Royal.

"The first batches have already been delivered in Europe, and the fruit has been positively rated, selling out quickly in the markets that received the first units," he said. 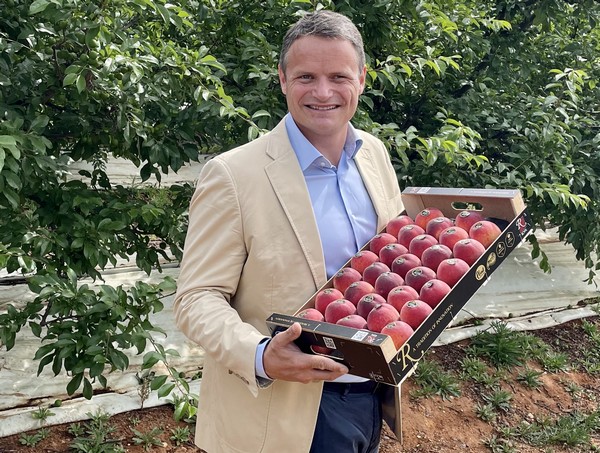 In this first week of the season, Royal has marketed its traditional yellow Spring Night® peach. "This is the only peach available at this time of the year with a true peach aroma. In just a few days, other peach and nectarine varieties will be added. For several years now, the European retail has been kicking off the spring fruit season in partnership with Royal, which consumers have come to recognize, looking forward to its arrival because it has become a tradition," says Pascal Boutin.

Italy, Germany, France, the United Kingdom and the Netherlands will be the main markets for the company's stone fruit. "This year, we have larger sizes, starting with calibers A and B, and a volume that will allow us to meet the European demand. We remain the retail's preferred partner for early peaches and nectarines," says Royal's general manager.

The interspecific plum varieties Metis® and Pluot® will arrive in late May. Their sales, according to Pascal Boutin, "have been growing steadily over the last three years, providing an alternative to traditional plums and attracting young consumers."

Royal is also known for its berries, with the exclusive Blu Aroma® blueberries and Royal Glamour® raspberries, whose campaign is currently in full swing.