Alarm for apple and cherry trees in Trentino

In the Italian Val di Non valley, in Trentino, temperatures were below zero on the morning of 7 April 2021, marking -7 °C in the coldest areas and -4 °C in the middle valley. The drop in temperature was confirmed by the local producers Fabrizio Zadra and Matteo Dal Piaz. 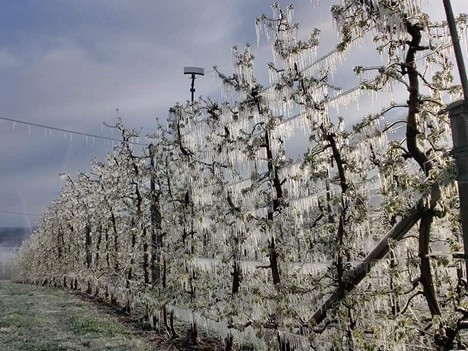 "There is some worry, even if it's still early to assess the extent of the damage. On 7 April 2021, the temperature remained below zero until 9 am, which is a very long time. The phenological staging of apple trees is different depending on the areas and the variety. They range from the pink bud stage to open flowers," said Zadra from Sanzeno in Val di Non (Trento). 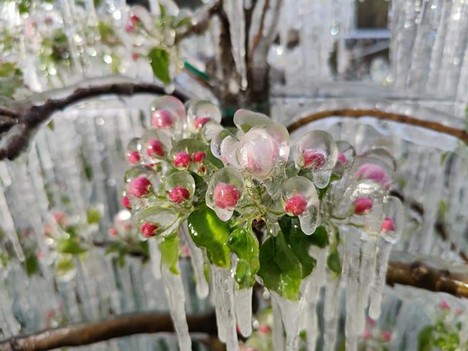 Andrea Bonn captured some pictures of the Consortium's frost-free systems in Denno (Trento). "In some areas, the temperature dropped as low as 7 °C below zero, and a small part of the plants have the anti-defrost systems. Unfortunately, in the valley, it is not possible to install them because there is a lack of water," said Bonn. 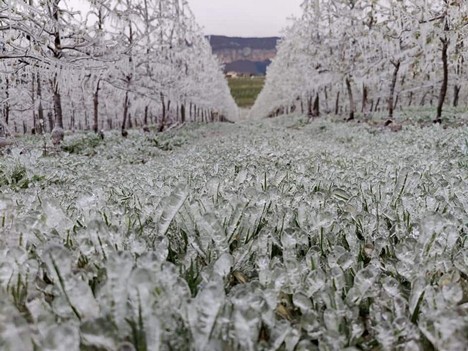 Cherry trees, as well as apple trees, are also at risk. "The earliest varieties have already blossomed. Some fellow growers are heating up small pellet stoves under the rain nets as a defense system. The smoke and heat help raise a few degrees, but it's only a stopgap if the temperature drops too much." 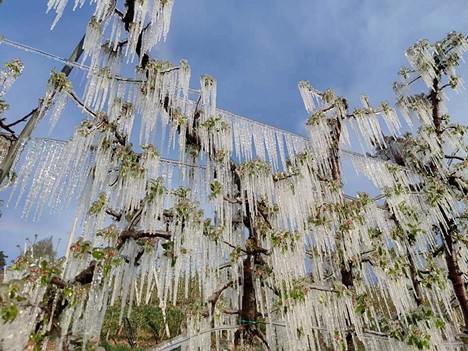 Matteo Dalpiaz, who cultivates 10 hectares in Val di Non (Trento) in the intermediate area at an altitude of about 600 meters, is also worried about the nights of 8 and 9 April. "The weather forecast is saying that the temperature will drop again. Our hope is that there will be some wind and some clouds, otherwise we risk another disastrous year like in 2017."