Like berries, the upcoming Florida peach season will get a later harvest this year.

“We’ve had a pretty cold winter compared to last year’s fairly warm winter. It’s good news because the cold weather helps set the peaches. But it has delayed our crop,” says Alise Edison of Deer Park Peaches in Saint Cloud, FL. She notes that last year, harvest began March 26 while this year she anticipates it to begin mid to late April.

While the crop looks good, Edison notes she’s waiting to see a little more how it’s developing. “It’s hard to tell because we got a late freeze in February. It dropped down to 25 degrees and we were already in bloom. With that, we lost some of the bloom and the first-setting fruit but there was still more coming on,” she says. 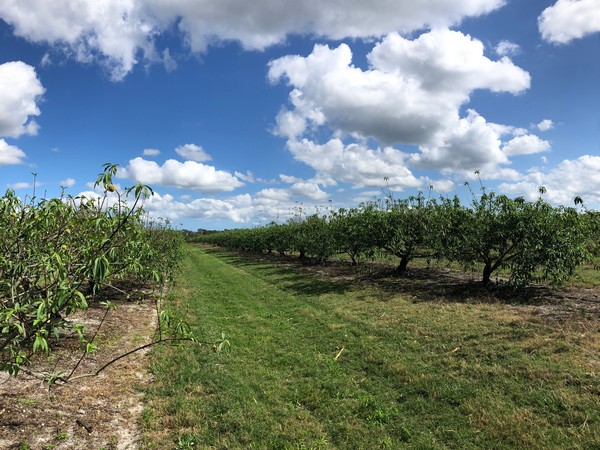 Last year’s season ran March 26 - May 1st and while this year’s anticipated start will be, at the earliest, April 15th, Edison notes it’ll likely only go for three weeks. “We’re waiting for the warm weather to come in and make the fruit plump up,” she says.

Good demand expected
She does anticipate demand to be good and pricing to be similar to last year.

As an industry, unlike its neighbor state Georgia which is known for its peaches, the peach industry in Florida, first developed in the late 1950s, isn’t as well known. Varieties range depending on where in Florida a grower is. “Peaches in north Florida have more chill hours and their varieties differ from varieties in central or south Florida. In south Florida for example, they’re doing varieties that only need 50 chill hours.” As for Deer Park, it predominantly grows the U.S. Sun and Florida Prince varieties.

Another challenge is a fully developed distribution channel--Edison says that’s why Florida peaches aren’t more widely available. “We don’t have a good distribution channel. It’s difficult to distribute Florida peaches because the main varieties are “melting flesh” which means they’re really juicy with soft flesh,” she says. “Florida peaches are also picked tree-ripe. If you want to ship it, you have to pick it green. But as soon as you pull it off the tree, no more sugar content develops. Traditionally it’s not been a shippable peach.”