The Nakuru county government plans to strengthen its collaboration with the Dutch government in promoting new technologies and addressing shortages of certified seed in the potato subsector.

According to governor Lee Kinyanjui, while Kenya’s potato seed demand stands at 30,000 tons annually, the country only produces 6,700 tons. Most farmers are recycling crop from the previous season to use as seed, a move Kinyanjui blamed for the shortage that the country faces.

In a meeting with a delegation from Netherlands led by ambassador Maarten Brouwer, Mr Kinyanjui stated that scarcity of certified potato seeds in Kenya has stagnated production of the crop at 7 tons per hectare against a potential of 40 tons. 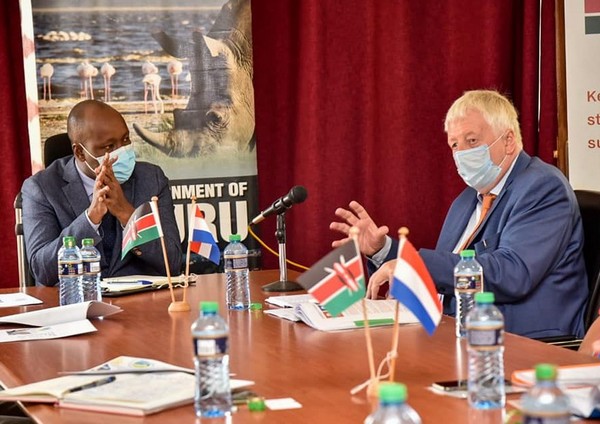 Kenyanews.go.ke quoted Kinyanjui as saying:  “Only one per cent of potato farmers in the country use official seeds with the rest using recycled seeds from their farms and the informal sector thereby leading to low production of the crop. The County administration will collaborate with Netherlands in promoting new farming technologies for breeding multiple disease free and high yielding seed as a way of unlocking the over Sh15 billion potential of potato farming in the devolved unit.”

Ambassador Brouwer observed that since 2012 the governments of Kenya and Netherlands have been partnering to facilitate importation of potato seed.  He said that Dutch government will provide technical assistance to the County’s department of agriculture to boost value addition in potatoes.