A leading New Zealand technology representative body has told a major agtech conference that not enough businesses across the country are thinking about or taking up technology, which can prevent growth not just to the individual business, but the wider economy.

NZTech was one of nine presentations on the opening day of the ninth annual MobileTECH Ag conference in Rotarua. The event was opened by Gordon Thomson, from the organising company Innovatek, who told delegates that the event continues to be an integral part of the New Zealand agritech calendar.

"It is where the rural sectors, technology developers, industry leaders and early adopters meet to share ideas and discuss how new digital technologies can best be utilised for the private sector," he said. "This year's theme was 'Smart Data Innovations', and over the two days, the conference heard from experts, and provided an environment to enable networking, forming partnerships and stimulating discussion. Many are actively involved in research and development, and developing and rolling out these technologies. That bodes well for discussions and networking." 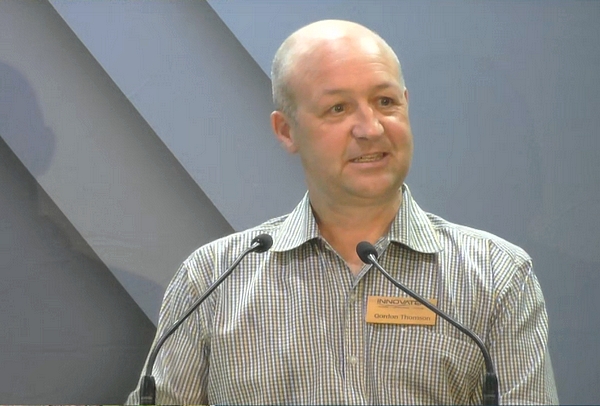 New Zealand Technology Industry Association Incorporated (NZTech) is a "membership-funded industry collective", with the aim of connecting, promoting and advancing tech ecosystems to help the economy and nation grow, underpinned by technology. It has 20 associations, with 1,500 paying member organisations that range from technology firms, government agencies, universities and agribusinesses.

Graeme Muller, the company's Chief Executive explored comments from the New Zealand Productivity Commission that the main problem is that there is not too much technology - there is not enough. He also explained that the global small business platform Xero worked with the New Zealand Institute of Economic Research and found that 20 per cent of small businesses across the country are not using any cloud tools.

"To put that in perspective, that means that they won't have any email usage, website, accounting system, eCommerce capabilities," Mr Muller said. "That's one in five businesses not using any cloud, that's amazing. Digitalisation is happening and organisations that proactively approach this are the ones that are going to get ahead of the curve. They will be the ones who have the skills and people. Xero found that 65 small businesses in their customer base when they took up one extra cloud tool found an increase in productivity, then NZIER was able to calculate the value of that. If New Zealand's small businesses all took up one more cloud tool it would be worth $6.2billion in economic growth for the country. That's just simple stuff and that's not happening - people are not thinking about the simple tools, communications or managing their businesses."

He added that the problem is not so much that there is a digital skills shortage, but instead mismatch, with people taking on graduate courses in the sector, but not enough flowing through into employment, or getting the wrong pathway.

"The problem is that positions being created are for advanced skills," Mr Muller said. "Respondents to different surveys that we have collected, on average, for organisations that have a training budget have spent less than 10 per cent on upskilling. While professionals are leaving the industry because of a lack of opportunities. The number one reason people are leaving the jobs is not to get more money, but to get a new opportunity with training support and opportunities."

NZTech also says from 2019, there were 4,462 new jobs created and 3,683 were brought in from overseas to fill those positions. So, we have been running at about 80 per cent with new jobs filled by immigration. This will be challenged going forward by the lack of international travel due to COVID-19.

MobileTECH Ag is an annual event showcasing the digital technologies transforming the agricultural and horticultural sectors. This year it was held live in person and virtually for those who could not get to Rotorua due to travel restrictions. FreshPlaza will have articles on some of the presentations over the coming weeks.