Javier Bernabeu: "Spain and Portugal have a much higher production capacity"

Sakata Seed Ibérica's new project Love K-pumpkin, intended to promote the consumption of pumpkins at both national and international level, as well as their production, has been presented recently in Murcia. The initiative aims to bring pumpkin producers together to boost the value of this product, with high nutritional properties and great culinary versatility. To this end, the brands 'Love K-labaza' and 'Love B-tternut' have been created for Spain and Portugal, respectively, with the aim of increasing pumpkin consumption in these two countries through a joint marketing strategy.

The presentation, which took place at the facilities of Sakata Seed Ibérica Murcia, was attended and sponsored by one of the best chefs in the world, Martín Berasategui, who has 12 Michelin stars, as well as by his colleague David de Jorge, better known as Robin Food. 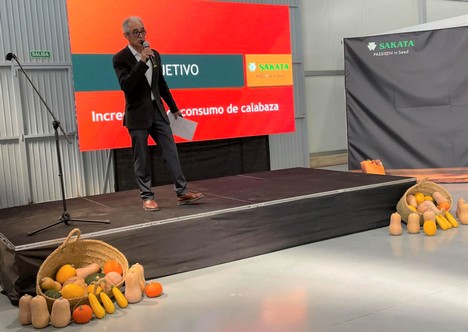 "In Spain, the pumpkin acreage has been registering a sustained growth of between 6-8% per year over the last 10 years, which indicates that interest in the product is on the rise," says Javier Bernabeu, manager of Sakata Seed Ibérica. "In addition to having a high nutritional value, pumpkins are one of the easiest vegetables to handle. Few fruits can be stored at room temperature for 6 months after being harvested," he says.

The number of new pumpkin products is on the rise in Europe, with more than 500 of them launched since 2016. "With a consumption per person of 0.85 kilos per year, Spain is still far behind countries like the United States or Argentina, but we are going in the right direction," said Eva Bataller, biotechnologist at Sakata, who presented a very interesting study in which she also analyzed the nutritional properties and possible health benefits.

Love K-labaza' aims to become a strong, recognizable, versatile and functional brand. It is built with the K as an outstanding element, with great phonetic strength and visual power; with the outline of the butternut silhouette and with the heart that provides the emotional value. Its travel companion for Portugal and the rest of Europe in the medium term is 'Love B-tternut', which achieves the same purpose with its balanced typography and shape.

The seed house has a major development program for pumpkin varieties, especially those of the butternut type, of which it has the largest market share in Spain when it comes to the sale of its seeds.

"About 60% of the world's pumpkin consumption corresponds to the butternut, as it is probably the one with the best genetic characteristics, both for its attractiveness to the consumer and for the high yields it offers to producers. Unlike other traditional pumpkin species, with thick skin and lots of seeds, the butternut's flesh is easier to use and has all the characteristics to become a favorite," says Javier Bernabeu. 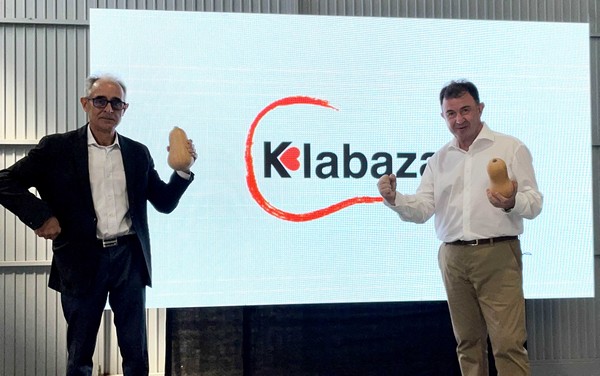 Unlike other vegetables, such as broccoli, pumpkin cultivation in the Iberian Peninsula is very dispersed in terms of species and varieties. "Many kinds of traditional local varieties are grown. We believe that by focusing on the ones that have proven to work in the market, growers will increasingly ensure their profitability." 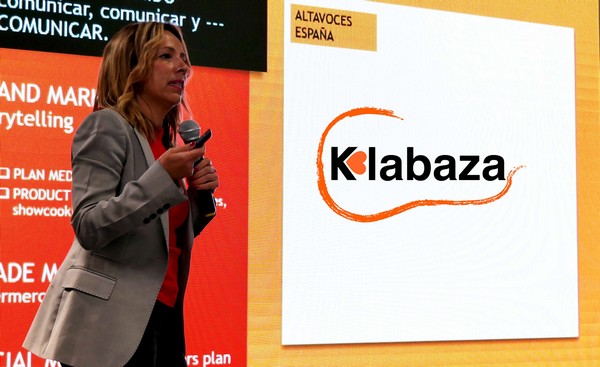 According to the manager of Sakata, Spain and Portugal have the capacity to produce a lot more. "We want to meet with producers, marketers and distribution chains. The goal is to give a boost to pumpkin consumption in Europe, starting with the productions in the Iberian Peninsula. We want to inform consumers about new consumption methods, as well as about the nutritional values of this vegetable."

With almost 7 million videos on Youtube about pumpkins and more than 22,000 monthly searches (this figure has tripled over the last 4 years), the project has been launched in favorable circumstances. "The example of the United States is an indicator of success. There, even the big chains of ultra-processed products, such as McDonalds, Lays, Oreo or Starsbucks, have resorted to the product to create an autumn flavor, the so-called 'Flavour fall', which is a social and marketing phenomenon," said Cari Plaza, Sakata's Communication Manager. 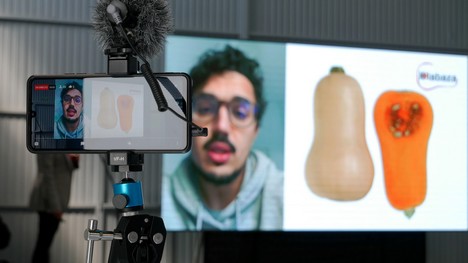 "Our goal is also to establish a formula for collaboration between producers and the different parts of the marketing chain in order to align with objectives at a European level such as those of "Farm to Fork", persuading consumers to eat more vegetables, preferably locally-produced," says Javier Bernabeu.