After a tough few years due to drought, this season it was all meant to go well: record harvests on every fruit category managed by Hortgro after near-perfect growing conditions.

The latest plum estimate is over 14 million plum cartons. “It’s going to be the most plums ever, the most peaches ever, the most nectarines ever, the most apples and pears ever, if all goes according to plan. Weather-wise, everything has actually been going very well for the Western Cape thus far,” says Jacques du Preez, Hortgro’s general manager of trade and markets. 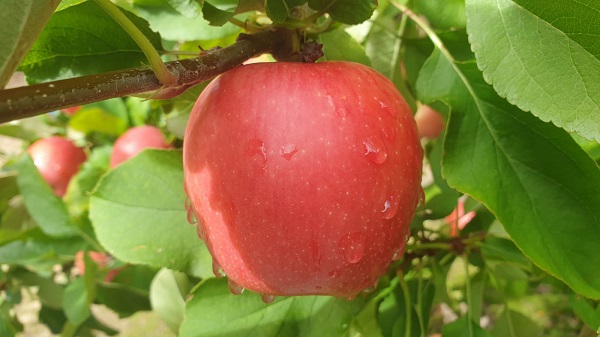 A Kanzi apple in an orchard in Bo-Swaarmoed, outside Ceres, this week (photo by De Kock Hamman, Ceres Fruit Growers)

Despite strong wind last week blowing off fruit in some Grabouw apple orchards and the Langkloof hail which removed between 1.2 million and 1.5 million cartons, there's still a record apple crop.

But now almost everybody is again trucking fruit from the Western Cape to Port Elizabeth and Durban, on the Indian Ocean, to get apples, pears and the last stone fruit to the Middle East and Far East. Available space on vessels to the East is currently severely limited.

“The problems culminated three weeks ago when ships couldn’t load for three days due to wind delays, driving congestion to a head,” Jacques explains.

Easier to get containers to Europe than to the East
Productivity at the harbour (a perennial issue) and wind delays have caused delays of around a week or more. The frequency of meetings between the fruit industry and Cape Town harbour authorities has increased; at the moment they’re meeting every second day.

Ships (especially those on the Eastern route) started skipping Cape Town harbour, not prepared to wait outside the harbour for the extra days of delay. Last week, again, a vessel heading to the East sailed past Cape Town with reportedly 500 containers on board that would’ve gone a long way to alleviate pressure on Far Eastern exports.

“There are enough reefer containers in the world but they’re not doing the rounds. It’s a global problem," he says, "and it’s out of our hands.”

To Europe it’s still possible to get containers, but to the East it’s currently extremely difficult as reefer containers are instead used to carry more lucrative dry goods between China and the USA and Europe, he says.

Cold storage facilities for stone fruit and table grapes are limited; those categories are packed and forthwith shipped out, unlike apples and pears meant for storage but with the large crops this season, even apple and pear cold stores are full.

“Any disruption in the chain has a resulting effect back to the orchard,” he says, although adding that harvesting hasn’t been significantly disrupted. “Everybody’s managing, and it helps that the stone fruit season is nearing its end.”

Plum market plummeted due to shipping delays
Back in early February two vessels arrived simultaneously in Europe, due to wind-induced shipping delays, landing over a million cartons of plums, bringing down the plum market in a year of exceptional eating quality.

It was a total overreaction, Jacques opines, seeing that not even 4,000 cartons arrived the next week. 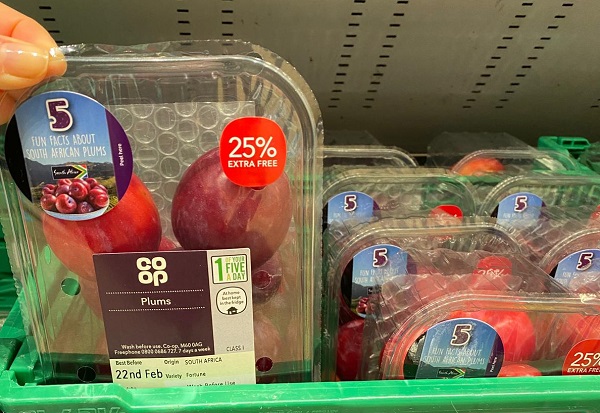 “After three years of struggling, plum growers had a good crop again,” – last year plum volumes were affected by poor fruit set, before that the drought – “and then the plum market crashes.”

The nectarine campaign went well in this year of abundance but
it has been a complex season, he remarks.