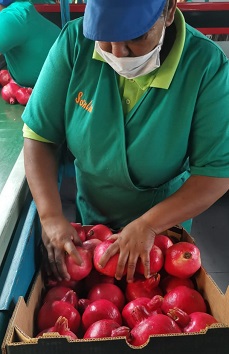 These are peak packing weeks at 21-year old Sonlia Fruit Packers outside Wellington, where late plums like African Delight, September Yummy, Angelenos (and there are a lot of plums this season) and the last nectarines coincide with early pomegranates at what is Africa’s largest pomegranate packer.

“It’s been a strong stonefruit crop thus far and it will be the largest volume of stonefruit we’ve yet packed,” says JC Muller, chief executive officer at Sonlia Fruit Packers.

He notes that the new pomegranate season is two weeks later than last year. The early fruit look cleaner than last year, fewer wind blemishes and good sizes with expectations of high packouts; they’re expecting to pack 6,400 tonnes of pomegranates this year, a normal pomegranate crop.

With all of the citrus that has been planted in the Western Cape in recent years (about 50:50 hard and soft) it was unavoidable that the packline capacity would have to be increased. The new packhouse is in operation since November last year with a six-lane Mafroda line with the latest G7 camera technology for citrus, stonefruit and pomegranates, all optically sorted. 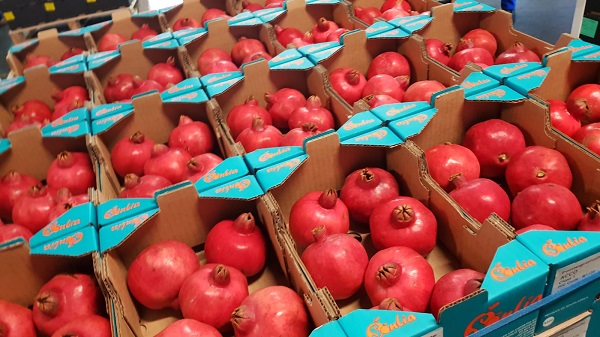 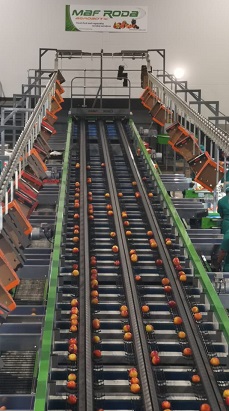 It’s taken some R&D along with Mafroda to finetune the optical sorting of stonefruit. They are also developing the packline software to optically sort pomegranates, which will be a first for South Africa.

“Some of the growers joke and say we’re the packhouse with the most machinery per square metre but we’re exceptionally flexible,” JC says. “But that’s our strength, our flexibility. We can now be packing pomegranates and then it takes us 5 minutes to change the lane to pack stonefruit. The fact that we have two separate lanes each with its own infeed means we can pack eleven months of the year. We can pack for local and for export, and we can pack an extra class for export, anything according to the producer or exporter’s wishes.”

The development in the optical sorting of stonefruit means homogeneity of fruit in a carton, the client knows exactly what to expect, while the producer can get the maximum out of the bins. It’s not yet as widely done as on citrus, apples or pears; more R&D funding has gone into developing the technology on those fruit categories. 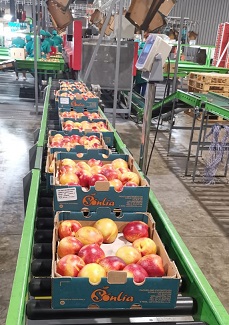 Dewald Meyer of Sonlia Marketing a division of Colors Fruit South Africa points out that fruit arrive from as far as Kakamas in the Northern Cape (a journey of 700km) and from Grahamstown (Makhanda) in the Eastern Cape (an 830 km-journey) to be packed at Sonlia’s packhouse.

Right: the nectarine season is nearing its end

In the Western Cape citrus orchards have expanded briskly. There are navels and Valencias, with particular growth in lemons and late mandarins.

“Our volumes of Tangos and Nadorcotts and Orris have grown by leaps and bounds, and it will continue to grow. The emphasis on late mandarins has flattened the May peak, shifting it to August.”

The citrus season starts around week 15 with Oro Nules followed shortly afterwards by Clemenluz and lemons. JC is not lamenting the removal of the last Satsumas last year. 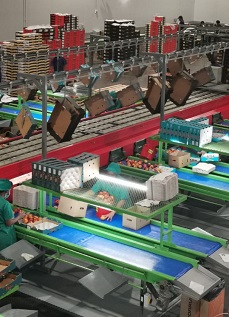 The natural Citrishine stonefruit coating that they apply to stonefruit, has been favourably met by exporters who tell them that stonefruit with this coating are arriving in excellent condition, showing very little shrivelling and moisture loss.

“For us it’s definitely the future to apply a coating to stonefruit,” JC says, noting that as yet it's not done at many other packhouses in South Africa.

Sonlia Marketing
Sonlia Fruit Packers is one of a few packhouses that can add extra value to the bin, says Dewald Meyer. 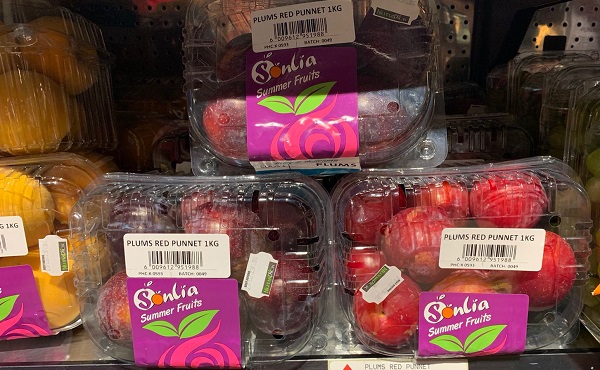 "By simultaneously packing class 2 fruit for the domestic market when packing export, Sonlia ensures a better nett return for producers."

Sonlia Marketing sells this fruit in the Sonlia brand. Since 2018, the brand has been growing every year and is associated with constant good quality stone fruit, citrus and even pomegranates, Dewald says.

"I am very excited by the new developments at Sonlia Fruit Packers and we're looking forward to supplying the South African domestic market with even better quality fruit."