The Zaragoza method has proven to be successful

A spectacular and suggestive scenario of almond tree blossoming is currently happening in Apulia. "The absence of a real winter, followed by temperatures above the seasonal average recorded in the last week, has only accelerated the vegetative awakening of the plants by about 10 days compared to 2020. Flowering is homogeneous on all 5 hectares. I want to be optimistic, and not think about the damage that could be caused by a return of cold weather," explained Domenico Casamassima, an entrepreneur from Castellaneta (Taranto). 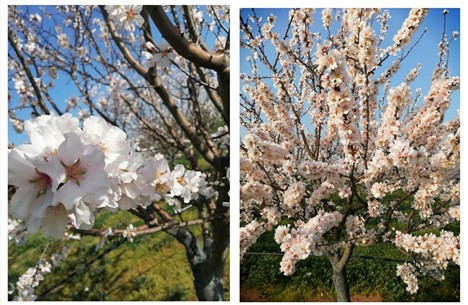 "These are cylindrical plants, no taller than 2.50-3 metres, with excellent yields, that resulted in 12-15 kg/plant of in-shell fruit harvested last year. Full production should be reached in a couple of years, with consistent returns up to 18 kg/plant over the next 25 years. These are the first positive results of the Zaragoza management method, recommended by agronomist Vito Vitelli. It's a modern system for growing almond trees based on high density (650-800 plants/hectare), not to be confused with super-intensive (around 2,500 plants/hectare).

"The tree has a precise geometric shape, with a prevailing fruit structure rather than a load-bearing structure. Although its size is small, it preserves its organoleptic properties. Pruning, protection and nutrition are the key words of the new Zaragoza method, which balances the plant and increases its productivity. 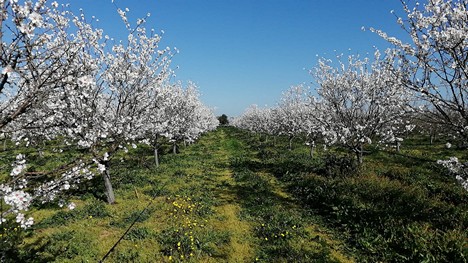 "In Apulia, almond cultivation is increasingly expanding and becoming more specialized. In the three Taranto municipalities of Castellaneta, Mottola and Palagiano alone, over 70 hectares have been planted in just a few years, with 15 farms involved. It is a cooperation project that has no competitors and the aim to produce Italian almonds that are later sold to companies in the confectionery and pastry making industries".