Financing for the program of state support for potato growing, planned for 2021, will amount to UAH 6.04 billion, including UAH 1.37 billion for four main areas of development, Deputy Minister for Development of Economy, Trade and Agriculture Taras Vysotsky said at the 11th Dutch-Ukrainian Potato Forum on 24 February.

"There are four areas that are critically important for the development of the potato growing industry - access to quality seeds, storage of products, that is, the construction of potato storage facilities, as well as support for the purchase of equipment for the processing of potatoes," he said.

Vysotsky said that the program of the Economy Ministry until 2025 assumes assistance to potato producers in the form of payment of 25% of the cost of potato storage facilities from the state budget. The ministry plans to support the construction of 45 storage facilities with a total capacity of 207,800 tonnes for five years, which will amount to UAH 491 million for this program with a total budget of UAH 2.13 billion.

According to the deputy minister, over the same period, it is planned to build 13 potato-processing plants with a total capacity of 141,000 tonnes per year, within which state support will amount to UAH 487 million with a total budget of UAH 2.11 billion.

According to the deputy minister, by 2025 it is planned to build irrigation systems for the industrial cultivation of potatoes on a total area of 8,700 hectares. The cost of construction will amount to UAH 407.7 million with assistance from the state budget at the level of UAH 118 million. Also for the same period, state support is provided for the renewal of 5,660 tonnes of seed material in industrial potato growing at the level of UAH 50 million, with the total cost of the program at UAH 408 million. 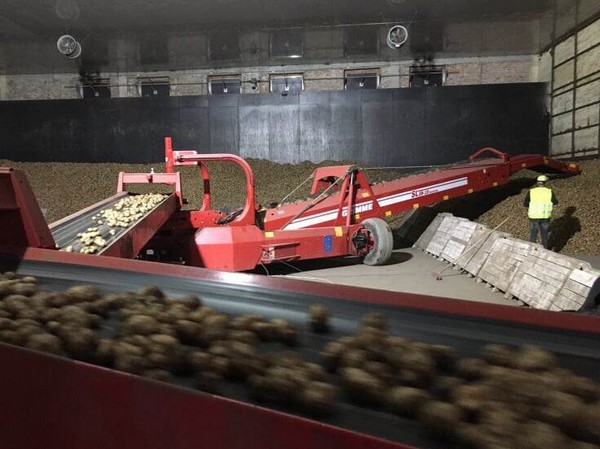 The deputy minister named among the main problems of the potato growing industry the low part of industrial production of this product (2% of the total capacity), the annual demand for seed potatoes at the level of 4.2 million tonnes and the lack of production of French fries and dry mashed potatoes in the country.

According to the data of the regional state administrations of Ukraine announced during the Dutch-Ukrainian forum, in 2020 potato production amounted to 20.71 million tonnes, of which industrial production was 1.8%.