"There are stories being told about you - but who is telling that story?"

When a local Melbourne grocer was getting tired of the "same old advice" that was constantly being given to him on how to sell fruit and vegetables, he decided to think outside the box and revolutionise the marketing of his business in line with the 21st century.

David Zahlan of Alexanders Fruit Market in Oakleigh only entered the industry eight years ago, after starting his career in construction. Since then, he was named one of Australia's Top Voices on LinkedIn in 2020, after using the social media platform to show "life in a busy suburban fruit shop".

"People were always saying the same strategies, the same experiences, the same marketing mentality and the same challenges," he said. "But I was watching the whole marketing and social media world outside (of the industry) and I couldn't understand how nobody embraced it. Every time I suggested it and had those discussions, people would say it wasn't for them, and it doesn't work. I couldn't understand why." 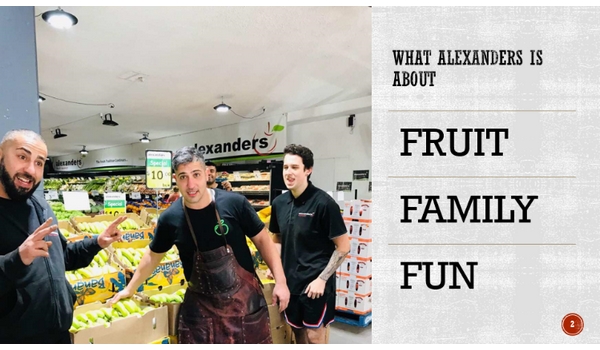 Mr Zahlan recalls how he initially worked very hard just to make ends meet when he first entered the industry and was desperate for advice and a strategy to turn around the business and make gaining profits easier.

"I kept getting the same advice; you need to open more hours, you need to add product lines, you need to add groceries, you need to do bigger discounts and promotions," he said. "The typical strategy around promotions was buying a product, selling it at cost price, then advertising and hope you would pick up other sales while the customer was in store. That bugged me because all we would attract was the same people. We were running the same race at the same pace as everyone else. One day it dawned on me; I realised that I moved 30-40 tonnes a week of product, so I thought about how I could get myself a 50-cent premium (on each). That would give me a weekly $15,000-20,000 profit  - I don't need more customer numbers, or to hire more staff or more equipment to sell the same amount of product." 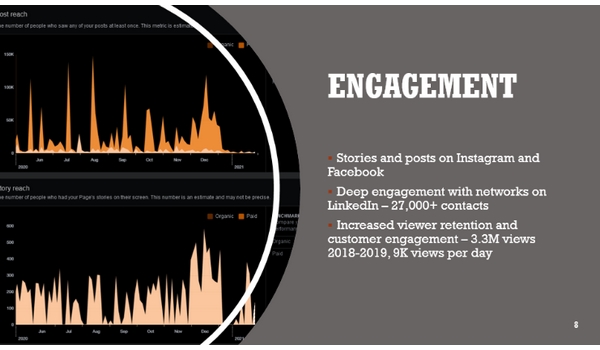 That began his journey into the world of online marketing and branding nearly two years ago, where he began working out ways to add value to his stock for his customers. Since embracing the new strategy, he says there has already been significantly more engagement in-store with customers and the supply chain.

"We need to add customer experience, value and branding so that the customers are willing to pay 50 cents more," Mr Zahlan said. "There are stories being told about you, but who is telling that story? This is how it started; what is being told about me, what is being told about Alexanders - or my fruit? This is the premise around everything that we built. The relationship with the customers has been much closer, they feel like they knew you, and they want to know more about the product as well as us and our family. The biggest challenge remained to educate those in the market; they just saw it as me trying to be better or a 'show-off'. They saw it as me trying to brag about how good I was - it actually wasn't."

Alexanders Fruit Market has already worked with successful produce brands, such as Costa Farms and Mattina Fresh to help drive sales at the retail level through brand prominence on the social media channels. Mr Zahlan says customers are now coming into the store and asking for produce because of the brand.

"We try to roll in marketing and branding that is not trying to sell you a commercial," he said. "We are also trying to bring in other retailers because it is not just me, but about the industry. The more we talk about it collectively, the more attention we bring to fruit and veg, the more it drives consumption - it is a win-win for everybody. To me, our competition is not other retailers or supermarkets; it's the confectionary aisle, such as packets of chips, protein bars and biscuits. It is about promoting fruit and vegetables, the brands, the farmers, the other retailers and really driving fruit and veg. Our aim is to discover how we can get a better price and more consumption, which is beneficial for everybody. Simply, price discounting does not add value - anyone can discount produce, but how long are we going to last? We weren't able to reinvest because our model was around price, price, price. Now the way we are able to tell a story, we can add value." 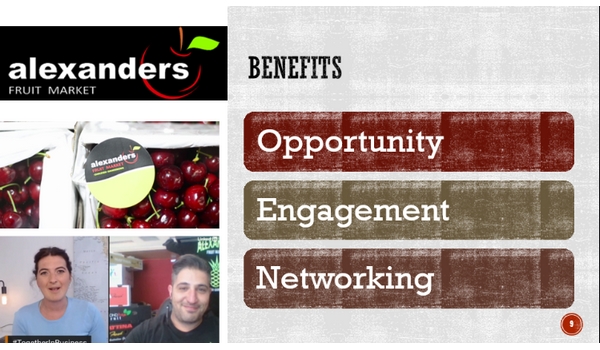 He added that all major forms of social media can be beneficial, depending on what a business wants to achieve. However, he primarily chose LinkedIn because he saw it as the most powerful in engaging with industry professionals, who were especially at home during the COVID-19 lockdowns.

The company only operates 3.5 days per week, but social media during the pandemic also helped drive growth in basket sizes, according to Mr Zahlan. He says the business refused to do 'click and collect' or delivery, like his competitors, to help keep the sales experience more personal, with the focus on customer service.

"Rather than complicate the business, I said 'less is more'," he said. "LinkedIn was huge because we met so many professionals that have lived in and around the area that haven't been to our store. Buying fruit and veg wasn't a high priority to them in their day to day lives. Since then, customers have formed routines, new buying habits and have higher income and can spend more. We ended up with higher basket rates; pre-social media it was $11-14 average per customer, during COVID we jumped $18-22 and it has now jumped to $30-32. It's amazing growth and we haven't even increased product ranges." 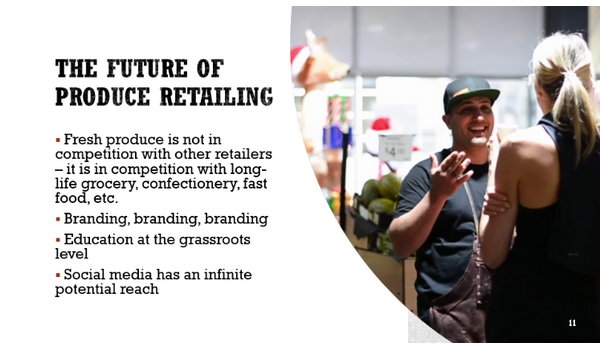 Along with increased reach and followers on social media, the fruit retailer has been approached to appear in a reality television show about his business but explains keeping control of his story and message is vital in the negotiations.

Mr Zahlan also says that social media can also help with dealing with the occasional oversupply that occurs during the season before it is too late.

"How do we promote a product and get it in front of customers, not after we have the abundance in the peak of the season - but two weeks before?" he said. "How do we talk about it before? If someone comes to me and says 'David, we believe we will have an abundance of white peaches in two weeks time', we can talk about it (sooner) because I know we are going to have a lot of stone fruit to sell, and customers know that they can enjoy a good product at a cheap price. We in turn see our sales go through the roof. We want to make it part of a weekly shop, not just a one-time event. So, an individual fruiterer can promote a brand on his channel and everyone that walks into his store. That's what this industry has to focus on."