While the weather in Texas is currently back up to comfortable levels, the cold snap of last week has caused many challenges for the produce industry. Not only are growers heavily affected by the cold which has been damaging their crops, but the logistics in the region were also impacted. 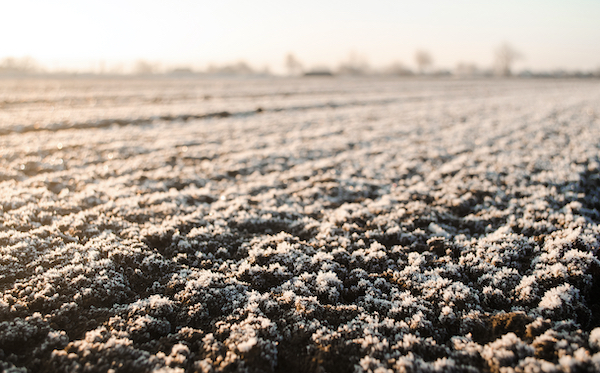 Logistics: delays and high rates
The Pharr Bridge in Texas is a major crossing for produce imports, and it had to be checked every morning to ensure there was no ice on the bridge. "This was primarily done to ensure the safety of all cargo and users," says Tony Martinez of Primo Produce, who is on the board of the Pharr Bridge.

The general infrastructure throughout the state was also heavily impacted. “The roads were frozen and there was ice everywhere. The trucks didn’t want to drive down there. Our warehouse lost power for about 24 hours. They have a back-up generator there, so they were able to keep it up and running but we were working with skeleton crews anyways because not much was moving through there due to the logistical challenges and delays,” Ronnie Cohen of Vision Import Group says.

Bret Erickson of Little Bear Produce shares: “For several days during the freeze we were not able to load trucks because most of the state was completely shut down and road conditions were so bad. Things have opened back up now but rates are extremely high and truck availability is very low.”

Citrus: Fruit on trees will go to juice

The Texas citrus season has been ongoing for the past months and for Lone Star Citrus Growers about 85% of the crop was harvested, though the estimate of the entire state is lower – Dale Murden of Texas Citrus Mutual estimated about 60% of the grapefruit crop and close to 100% of the Valencia orange crop was still to be harvested prior to the frosts.

As far as the damage on the crop goes, Flowers explains: “Fruit that was hanging on the tree when the freeze hit is not viable for the fresh market and will likely be sent to juice. As far as next season’s crop goes, it’s simply too soon to tell.” The logistics for Lone Star Citrus also faced some delays: “On top of the freeze, we experienced major power outages throughout the valley and the storm covered all of Texas, so that delayed movement of product harvested prior to the storm by a few days, but we are now shipping that out. It took us a few days to reopen our facility, but we are now up and running again,” Flowers concludes.

Some vegetable crops lost completely
Little Bear Produce is a grower, packer, and shipper of greens, honey sweet onions and melons. Bret Erickson provides an update on their crops: “We grow over 35 different greens commodities, and we are seeing varying levels of damage in our greens. Some products, like cabbage and kale, are pretty hardy, but there are also items that have been lost entirely. Crops like chard and beet tops just melted in the field, and cilantro has been severely damaged. There is no question that there will be significant losses, but for now the question does remain: how severe will the losses be? That is something we won’t know for some time.”

The company has only just started transplanting their melon crop, so the overall damage to the melons was low. “Only a small percentage of the plants had been transplanted in the field, and we covered those during the freeze. We are still assessing how bad the damage might be on those, but fortunately that was only a small percentage of the crop since we were just getting started,” says Erickson.

For their onions, the verdict remains unclear. “Our sweet onion crop is still being assessed. It is looking a little more promising than we initially anticipated, but it is a waiting game right now. We haven’t yet been through a freeze with this variety we grow, so we will have to wait to see how it will respond,” Erickson explains.

Despite everything, Erickson remains optimistic: “This is farming. Statistically speaking, mother nature will get you at some point – she gives and she takes. For Little Bear, we have gotten through this before and we will get through it again and come out stronger on the other side.” 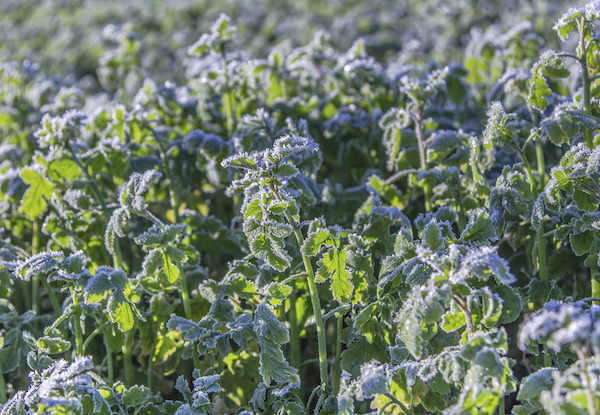 Lemons in Tamaulipas might see effects
For Vision Import, their main product is limes. “The lemon season ended in December, and right now we are importing limes and are starting up with mangos out of Mexico. The limes are currently in a lower-volume stage of the season, and the mangos are starting up slowly because Peru’s final volumes were high and caused a bit of an oversupply on the market,” Cohen says.

The cold in Texas did also reach down into Mexico and might have an effect on the lemons out of Tamaulipas. “Not the entire state was affected but there were some regions that were hit by frost. Right now, the lemon trees were blooming, so there will likely be some bloom drop and frost damage. All we can do at this stage is hope for the best,” says Cohen.

Fortunately, for the logistics side of the industry, things look to be returning to normal soon. “In the Rio Grande Valley the temperatures went to the 70’s and higher this weekend, so the logistics should normalize soon,” Cohen concludes.