"Markets aren't as good as what they were in the past, which is a bit slow and annoying - but I think everyone is finding that at the moment," he said. "We are well into harvest at the moment, so we will see how we go. Exporting is tough at the moment, but if you would have asked about demand a year ago, it would have been a far different story." 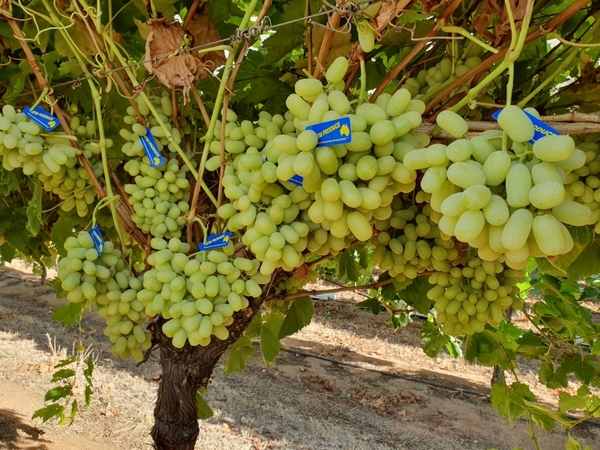 The company sends produce to major markets in Asia, as well as Sydney, Melbourne and Brisbane in Australia. Mr Gervasi says it is important not to rely on one market, especially in these times.

"It is about spreading the risk, so you are not reliant on one market," he said. "So, we try to minimise our risk. I think COVID will put the brakes on sales a little bit, as people will think twice about what they spend in the shops. But in saying that Australia has good quality fruit and that always helps in the global market. We had a bit of rain during flowering, which lowered the crop load a little bit across the whole growing region, which is a bit ordinary. It has been a bit of a cooler summer. Table grapes usually like hotter weather and this season has been pretty mild. It has had a little bit of an impact on the growing season for us, but no two seasons are alike. In general, the fruit is of good quality." 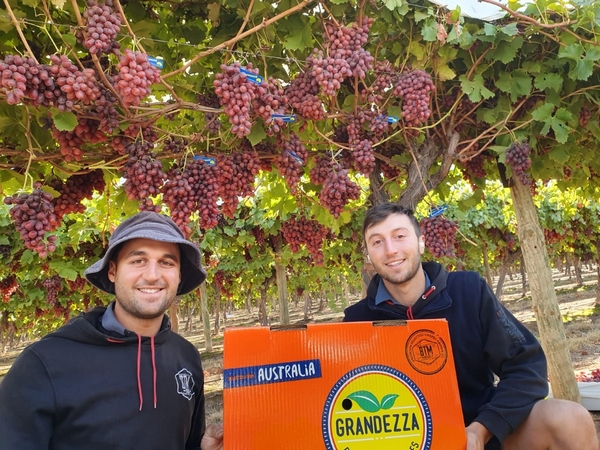 The Gervasi's history in farming stretches back to the 1940s when Antonio Gervasi migrated from Italy. Today, third-generation grower and Farm Manager Tony runs the business, with his father Ben and brother Michael.

BTM Produce produces Thompsons, Crimson, Red Globes, Menindee and Flame varieties, but is also growing some of the newer varieties on the 120-hectare property.

"We are part of the Sheehan (Genetics) program," Mr Gervasi said. "So, we also have Great Green, Melody and Ivory. Over the years we have planted more as the markets have grown for them."