Recently, Beijing implemented a regulation determining that all imported frozen food at or below zero degrees Celsius must have full logistic information. It went into full effect last Friday. The city had already requested that imported cold-chain meat and seafood be trace, but now all imported cold-chain food at or under zero degrees Celsius have been included. The new rules will be applied to more frozen products, including grain products, dairy, vegetables, fruit, desserts, and beverages. 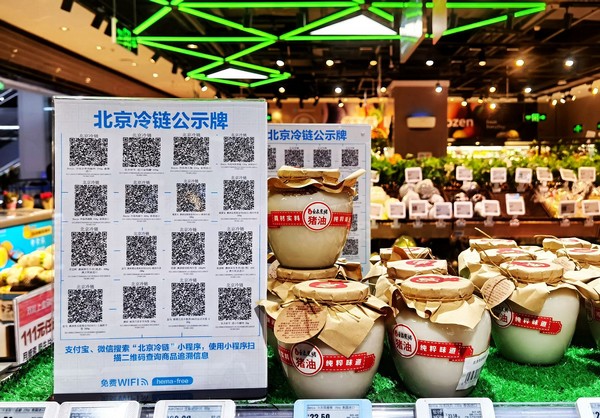 On Friday, QR codes were set next to imported frozen products in supermarkets – from durians to ice creams – allowing buyers to track the logistic history, Beijing News reported. By scanning the code via WeChat, buyers can access the items' origin, date of production, import check certificate, and the result of the nucleic acid test.

Local authorities aim to make all imported food traceable. Some markets are already working on it. At a supermarket in Fengtai District, imported fruits that are usually kept at room temperature, including avocados, kiwis, and jackfruits, were all labeled with the QR code. The newspaper said that some other supermarkets also made room-temperature dairy and hams traceable.