After months of shut schools, in a number of South African provinces like Gauteng and KwaZulu-Natal school are finally re-opening for the new school year coming Monday.

Traditionally a new school term heralds boosted sales of bananas and apples, but this year is different.

"We shouldn't be expecting a boom this year," a market agent at Johannesburg fresh market cautions. "Actually, for the last two or three years my feeling has been that we're not seeing the same boost in banana sales when school starts as before." 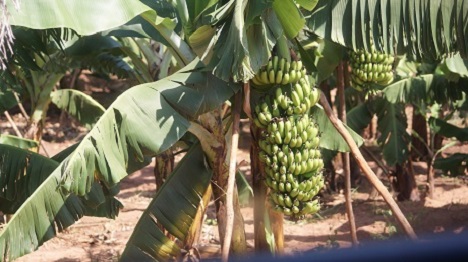 Early last week there was a rise in the banana price to around R7.18 (0.4 euro) a kilogram when a shortage developed on the market, but since then demand has weakened - not only for bananas, but for all fresh produce including staples like potatoes, onion and tomatoes (on which the rain has had "a severe effect," according to agricultural economist Dr Johnny van der Merwe).

Weeks of rain have deterred street sales - informal sellers make up a very important segment of the fresh market ecology - but sunnier conditions will facilitate a resumption of outdoor trade.

KwaZulu-Natal banana crop
At the Durban market, a banana trader notes, there have been many new faces and many new buyer cards issued at the market as more informal shop owners (called 'spaza shops') have started buying directly from the market, cutting out the middlemen.

These are the hottest months in KwaZulu-Natal and locally-grown banana volumes are increasing. He hopes banana prices and supply, which have both been very volatile recently, will stabilise with the re-opening of schools.

KwaZulu-Natal bananas are primarily distributed within the province , not sent northwards to markets in the interior.

Rain benefits dam levels in southern Mozambique
From Mozambique volumes are expected to pick up because of the good rains that, like in South Africa, have alleviated years of below-average rainfall and boosted dam levels.

"For the last five years Mozambican growers have been struggling with dry conditions but we're expecting it to pick up within the next few weeks with all the rain they've had," says a Johannesburg banana trader, who notes that Cyclone Eloise didn't significantly affect banana production in Mozambique.

In Mpumalanga there had been fears of wind damage which fortunately didn't realise, and from areas like Komatipoort supplies will also pick up over coming months, bringing down the price.