Interview with virologist Walter Davino on the ToBRFV situation

The first announcement of the presence of ToBRFV in Italy dates back to January 2019, thanks to an interview we carried out in Vittoria (RG), Sicily, where Walter Davino, professor of Plant Pathology at the University of Palermo, explained the possible catastrophic consequences of this virus for tomato cultivation. 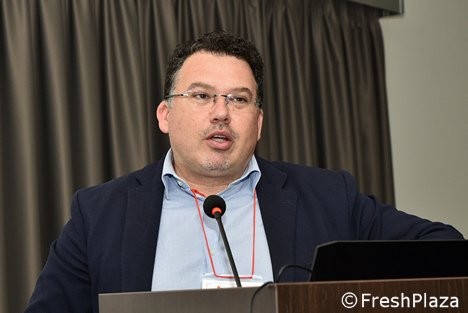 It is precisely because of the danger of ToBRFV that we have returned countless times on the subject, in the hope that the industry and the institutions could consider the appropriate countermeasures. Unfortunately, the situation now appears to be completely out of hand, or almost, even though producers have managed to slightly reduce the disease. They have managed to do this with a few actions and adjustments such as the use of less vulnerable varieties, different cultivation techniques and shorter cycles.

Once again, therefore, we interviewed the Sicilian virologist, who reiterated what he has been saying in the last years. 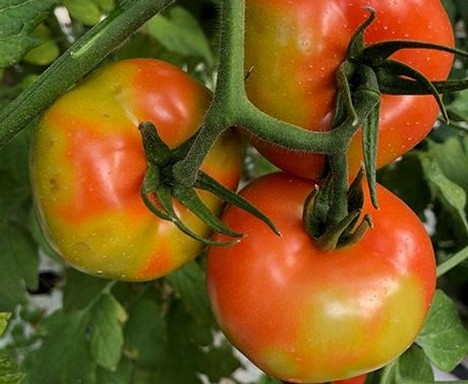 "Currently there are no effective solutions to this phytopathology. The seed companies and plant breeders have teamed up in the fight against the spread of the infected seed, but the virus has travelled with Dutch tomatoes. Fortunately, our growers are proving to be very accurate and the costs of the extra analyses are being charged. Prevention is and remains for the time being the most effective tool in the fight against this virus, especially early diagnosis by accredited laboratories. A remote diagnosis system would make it possible to have the results available the same day, with the analysis being carried out in the plant nursery," said the professor.

"This is precisely the focus of a research project under Measure 16.2, funded by the Ministry of Agriculture. The company Pro.Se.A and five plant nurseries in Ragusa are the main players in that research. The supply chain also contributes to some extent, but the weak link remains the grower. In fact, it often occurs that the farmer comes into contact with the infection, which remains on the farm in the previous crop residues. Another problem is the spread of the virus from greenhouse to greenhouse and from farm to farm via employees. Finally, there is the spread through bumblebees." 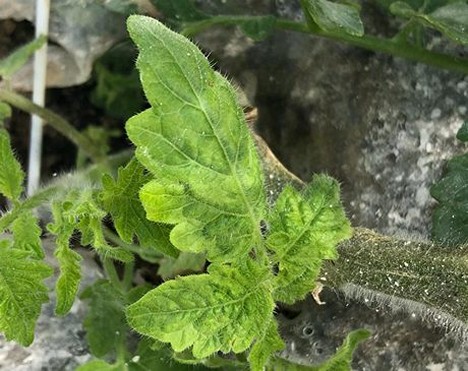 Leaf showing internerval mosaic due to ToBRFV. Click here to view the spread of the disease in the world.

"Many farms lack the basic elements of prophylaxis and, at the moment, I do not feel like expressing my opinion on resistant tomato varieties. Only time and the market will tell us if we are going in the right direction. I think that we will live with the problem for another two or three years, but I hope to be proved wrong".

"Unfortunately, the industry prefers to keep a low profile. The proof of this is that we have not been addressed by the companies that had the problem because they feared the consequences. This is an attitude that did them no good, because no measures existed and do not exist. Quite the contrary, in fact. By hiding the problem from us as researchers, the virus was able to spread and now it is those same companies that are paying the highest price," concluded Professor Davino.