“There is no market for fruit with condition issues”

Eleven days after the heavy and unexpected rains hit Chile, and the situation is still evolving without clear answers regarding the full extent of the damage. “We are still seeing how everything is developing, but usually any news we receive unfortunately isn’t good news. We are seeing more damage than we had initially hoped for and the losses are going to be higher than we had originally anticipated as an industry,” says Nicolas Damm of Rio Blanco. 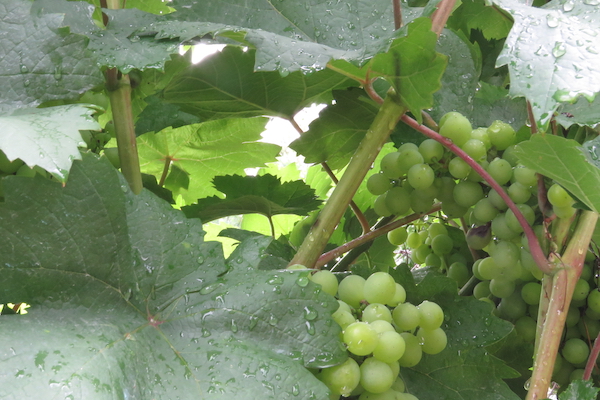 Green seedless is affected the most
Green continues to prove to be the most impacted variety, Damm shares. “Most Thompsons were about to be harvested so they were hit at the worst time. The volumes of some of the new varieties such as the ARRA 15 and the Timpson were still small so they might be less damaged, but there will still be some losses. So overall the green grapes will be very short this season,” he says.

Finally, Damm remarks that the Asian market should anticipate a significant drop in volumes. “China and Korea will see a lot less fruit this season, and Asia in general will likely see higher prices,” he says.

Continued labor shortages will be a challenge
Due to the pandemic, there has been a labor shortage throughout the growing season of the grapes. “The lack of labor during the thinning part of the season, and during the springtime in November and December when a lot of work is need on the vines will make it harder now too. A lot of the fruit was not perfectly worked on before the rain, so I think we’ll suffer a bit from tighter bunches which will be more difficult to save,” Damm explains.

The labor challenges during the growing season persist today. With more work needing to be done on the vineyards to ensure that as many grapes can be salvaged, the labor shortage will make this process more difficult. “We do post-rain applications of fungicides and try to air out and ventilate the vines as much as possible. During the harvest is when much of the cleaning is done, but that is difficult because it is tricky to properly identify decay while the grapes are still on the vine, so it mainly comes down to fungicide applications. So overall the crop needs more managing and handling, but with low labor availability this is tough.”

No market for fruit with condition issues
The damaged fruit will unfortunately have to be discarded, says Damm. “It’s not just a quality issue, it’s a condition issue and that can be dangerous. Sales channels are already limited and sending fruit with decay will likely only increase this problem. Maybe there will be a percentage of the red globes that can be diverted to closer markets here in Latin America, but for the seedless grapes everyone needs to be very responsible on what they pack and ship,” he says.

Due to the lower volumes, the market in the US for green seedless grapes will likely be strengthened, “as long as the grapes arrive in good condition,” says Damm. “For the red seedless varieties, hopefully the market will remain stable – though we hope that it will be on the higher side, in the mid-to-high 20s. This will eventually depend on the condition of the fruit that arrives because there is no market for fruit with condition issues. We believe that the prices should maintain stability throughout the season and not decrease during the peak as it usually does,” he concludes.