Michael Chirico, president and Co-founder of McDaniel & Chirico Worldwide based in Fallbrook, CA, notes that in the past two weeks, the wind was the pressing concern for avocado growers. “The wind earlier this month was significant. We sustained high winds for prolonged periods of time—15-18 hours, even up to a full day of sustained strong winds,” he says. “Some growers in the south particularly reported significant damage depending on where they’re located in the growing area. People are still assessing their groves but overall, it will definitely affect the crop this year.”

At the same time, with those weather events came serious levels of rain as well. “Rain helps with water costs, especially in avocados,” says Chirico. “Rain also helps leach out the salt from the soil. Because we’re on the coast, we get a lot of wind off the ocean and there’s a lot of salt from the water so fresh water helps wash it out. All good things for the California avocado grower.” 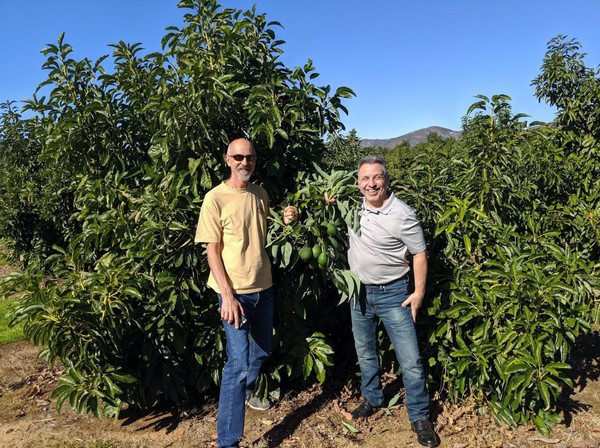 Mexico dominating
While supplies of avocados come largely currently from Mexico, a country seeing a particularly large crop this year, Chirico notes that California volumes may begin to start in March and into April. “But nothing significant that will affect current supplies in the next month or so,” he says.

Meanwhile demand still is strong on avocados. “The market continues to see great consumer demand and expansion,” he says. He notes that the week after Superbowl tends to be slower in demand. “Retailers have increased their square footage of displays so we typically see a lull after that. And then the week after that, we’ll probably return to normal shipping numbers. It’ll find its way.”

As for pricing, it’s at very promotable levels says Chirico. “Prices have been more stable this year than in year’s past because there’s so much volume. There’s not a lot of volatility. There’s plenty of supply in the pipeline so those moments of shortages, we’re not feeling that this year,” says Chirico.