"Self sufficiency is at the top of the Chinese agenda"

Self sufficiency is at the top of the Chinese agenda. Not only on a national level but also on a provincial level, China strives for greater efficiency in production in order to meet the local demand for fresh produce. For that reason, high-tech greenhouse horticulture is developing rapidly. 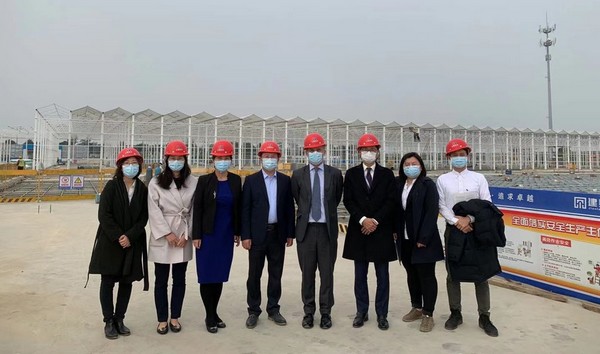 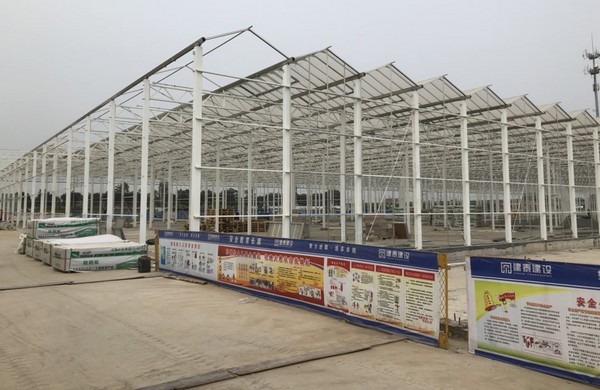 Horticulture is not new to China, as it already has a considerable number of greenhouses, ranging from simple tunnels to the slightly more advanced greenhouses. Over 70 million people, it is estimated, work in those greenhouses. Despite the large acreage of 4 million ha of covered cultivation, the average yield of this horticulture is relatively low, around 15% of what a hi-tech greenhouse could produce. Besides, growers are struggling with soil pollution and disease pressure is hard to control.

Currently, China possesses only 800 ha of high tech greenhouses. "However, if it is up to the Chinese government this will soon change," says Michiel Bierkens, Consul General with the Consulate General of the Kingdom of the Netherlands in Guanghzhou, China.

"As part of a larger plan to upscale Chinese agriculture, in order to stimulate fresh production in new residential areas, new building projects are being started."  The money is often invested by real estate companies, who eagerly grasp the opportunity to be part of this fast growing industry. The technology required for building high-tech greenhouses usually comes from international suppliers, although more and more technology is produced in China.

One example of a project like this is the modern agriculture demonstration park. In the South of China, close to the border with Macao and Hong Kong, 15 ha of high-tech greenhouses have arisen. The planned annual production capacity reaches over 4000 tons of various sorts of fruits and vegetables. The “Hong Kong – Zhuhai – Macao modern agriculture demonstration park” will focus on tomatoes, cucumbers, peppers and strawberries, which will be produced for local use mainly. 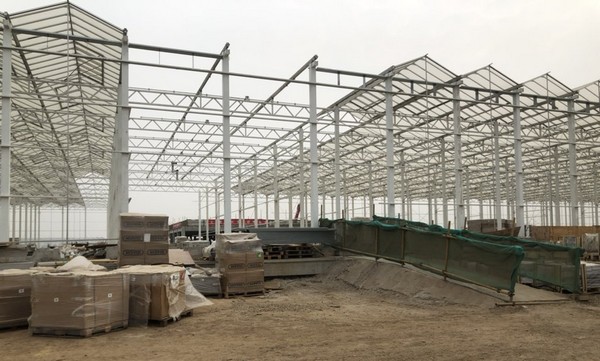 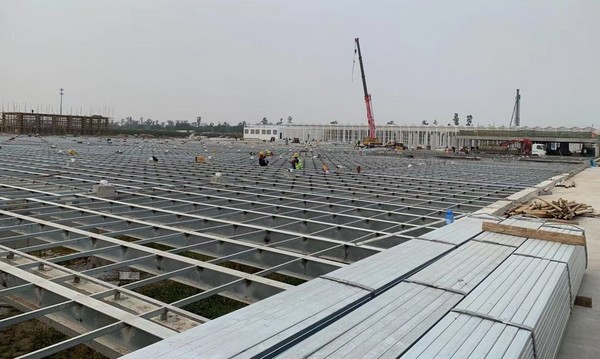 The intended greenhouses will be build throughout the entire Guangdong – Hong Kong – Macao Greater Bay Area (GBA) that covers a total area of 56.000 km2, with a population of over 70 million. The initiative of the Agriculture demonstration park was brought up by a large Chinese company called Huafa industrial Investment, as part of their strategy to supply fresh fruits and vegetables to the area. In total, they plan to build 300 ha high-tech greenhouses throughout the country.

The Zhuhai region provides extra challenges when it comes to greenhouses, as the region suffers under severe typhoons especially in October.

"When it came to the technical aspect, Huafa got help from no less then 20 Dutch horticulture companies," Michiel adds. "They supplied technology and equipment to help organising the climate control, seedling cultivation and harvesting. Amongst others, Dutch market leaders like Priva, Prins and Royal Brinkman participated in the project. To ensure optimal use of horticultural solutions, Dutch educationalists are also involved into China. The Wageningen University of life sciences, together with other institutes, provides training and research to local companies."