Competition between Italy and North Africa when it comes to artichokes

Giorgio Mercuri, President of the Giardinetto cooperative, reports that, when it comes to Italian artichokes, the situation becomes worrying when imports from abroad intensify already during the second week of December.

"The artichoke foreign market opens up with the first frost in Italy. In Apulia, frost usually arrives in late December, when the first production phase is almost over. This is when the markets start sourcing produce from north Africa - Egypt and Tunisia in particular." 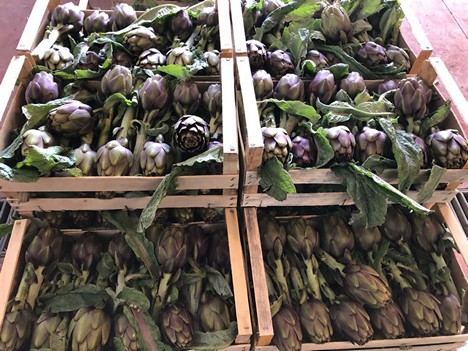 "It is worrying if the produce starts arriving already during the second week of December, as competitor countries have lower harvesting and production costs, meaning they can put Italian producers in serious difficulty. It must be said, however, that good part of the incoming volumes are used to make processed products in oil (not to be mistaken with the frozen segment), as the domestic produce is not enough to meet demand."

"Frost came late in Apulia this year (in early January), thus extending the campaign and delaying the need for imports from abroad."