"Lots of demand for Spanish citrus"

Citrus sales are currently going smoothly, according to Richard Bevelander of De Groot fruit & vegetables. "We have now switched to Lane Late from Spain with hand oranges and there is sufficient supply. There is also enough supply in the Salustiana variety to meet the demand. Just like previous varieties, these oranges are also on the smaller side, the bulk of supply is in sizes 60-70.

In terms of mandarins, we now receive Spanish Tango mandarins of super quality, in addition to Nadorcott from Morocco, and there is a lot of demand. Next week we will receive more citrus from Morocco and Egypt. Prices for the citrus are at a stable level, in line with the earlier varieties." 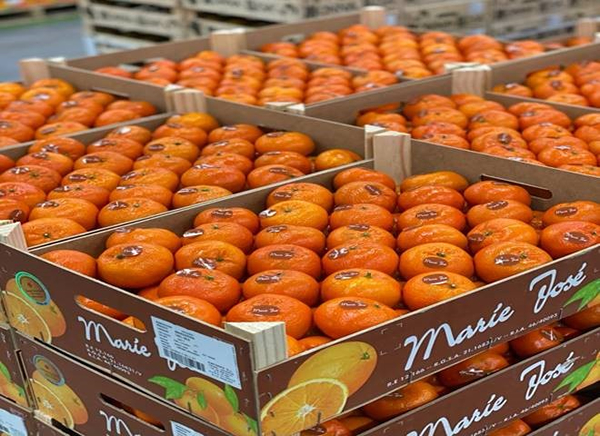 Jaap den Boer of Olympic Fruit from Barendrecht also sees that the demand for citrus is currently good. “Although the market is no longer as explosive as in March 2020, we are still seeing strong demand. Higher than last year around the same period.”

The citrus at Olympic comes from Spain, Egypt and Morocco outside the overseas season. “With the mandarins from Spain, we have just left the clementines behind us and are starting with the Tangos and Nadarcott, which are selling at good prices and with which we mainly focus on the more luxurious segment. With the oranges we are now in front of the press on the Salustianas. Demand is good at the moment and I expect it to get even better in the coming weeks. We sell Navelina's with the hand oranges, from February we will switch to Navel Late and Lane Late. ”

The weather conditions earlier this year have not had any lasting effects on the citrus market, according to Richard. "But due to the extreme weather in Spain, it has cost an extra week to achieve the desired volumes, so that we could serve all our customers optimally. Fortunately our regular suppliers did their utmost to meet our demand and the impact on the citrus is not as great as on the vegetables, where the effect was somewhat greater due to the extreme snowfall. But here too we were able to limit the damage thanks to our permanent contacts and we were able to serve all our customers well. 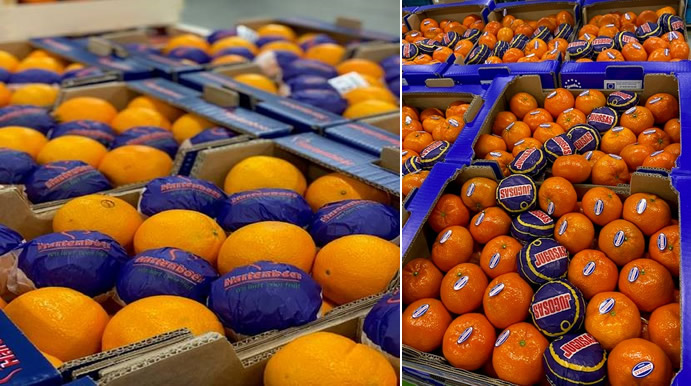 In addition to oranges and mandarins from Spain, Olympic Fruit's range is also supplemented with Moroccan product and it also imports Egyptian juiced oranges. “We also received the first Salustianas from Egypt in week 3 and within a week or two I also expect the first Valencias,” says Jaap.

“We have nothing to complain about with regards to the supply, but in the first weeks we saw some problems in logistics. It is a bit more difficult there than in other years because the search is for available reefer containers in Egypt. This means that the transit time by boat which is usually 10-11 days can take over 2 weeks.” Jaap indicates that they also import Mineola's from Egypt in addition to the Israeli product. “Within a month we will also start importing Mineola's from the US. We mainly get grapefruit from Spain, which remains fairly stable, although demand declines a bit every year."