This season's second harvest of muskmelons from Hainan has already entered the Chinese market. However, the product quality and the market conditions are both worse than last year as the result of poor weather conditions and the outbreak of Covid-19. 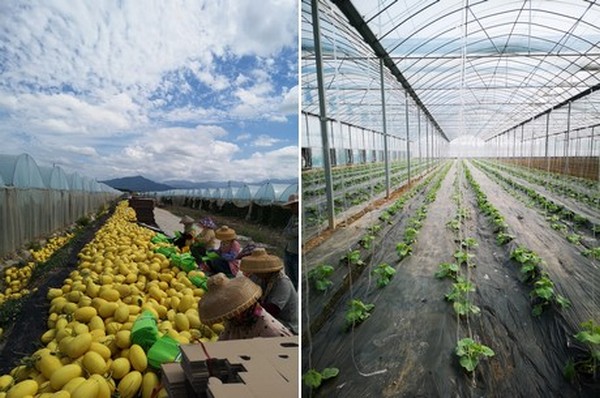 "Production areas in Hainan suffered from typhoons and heavy rainfall. That is why the product quality of the first harvest was far from ideal. The percentage of top-quality fruit was rather small. Some of the muskmelon varieties that normally produce around 2,500-3,000 kg per 0.07 hectare, now only produced around 1,000-1,5000 kg per 0.07 hectare. The muskmelons do not look great either. The heavy rainfall resulted in spots on the melon rind. And the muskmelons are not as sweet or crisp as last year. The poor product quality of muskmelons also shortened their shelf life. There were many different problems with the first harvest of the season," explained Ms. Wang.

"The second harvest started in late December and will continue until the end of February. The weather conditions have not been great in recent weeks. Temperatures were low and there were typhoons. Production areas did not experience enough warm days and the temperature difference between day and night was not large enough for the melons to accumulate their usual amount of sugars. These conditions had a definite impact on the product quality and the sales conditions." 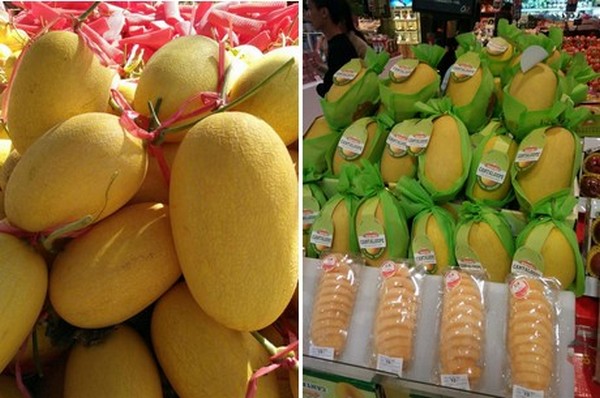 "As for the production conditions, under normal circumstances the muskmelons require 40-45 days to mature. This season, however, the temperature has been low and the second harvest was 7-10 days later than usual. That also means our cost price increased. As for the production volume, regular muskmelons weigh around 1.5-2 kg, but can be harvested as soon as they reach 1.25 kg.

In addition to poor weather conditions, the general market condition is not helping the sales of muskmelons either. "First, the market gradually recovered after the initial outbreak of Covid-19 was brought under control in China, but consumer power is not yet back to normal. Second, last year the Hami muskmelons entered the Chinese fruit market at the same time as Chilean cherries and Shatang tangerines.

"This year the prices of Chilean cherries and Shatang tangerines are extremely low. Consumers are looking for discounted fruit because they have less to spend than in previous years. And many fruit traders buy larger volumes of cherries and tangerines because they are popular with customers. This creates a lot of competition for Hami muskmelons. The market price of Hami muskmelons is now nearly 15% lower than around the same time last year," said Ms. Wang. 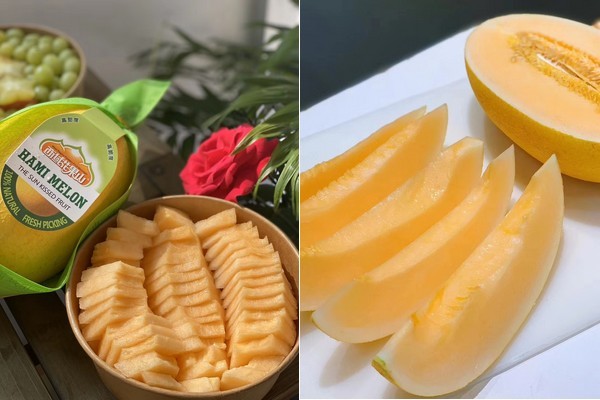 Although the market conditions are not great, customers still have the same demand for Hami muskmelons. When asked about marketing strategy, Ms. Wang replied, "this year we focus on flavor and individual weight. We select our melons according to strict commercial standards. The muskmelons that do not meet market standards are sold at discount prices. Although this has an impact on our profit margin and sales figures, we still hope to be able to satisfy consumer demand and provide customers with high quality, fresh Hami muskmelons."

Korla Western Region Mount Huaguo Agricultural Cooperation mainly produces the 'Hongguan Xiangfei' muskmelon variety. This variety is plump and has a delicate pattern on the outside. The fruit flesh is thick and delicate. And the melon is both sweet and crisp. That is why customers love this muskmelon variety.

According to Ms. Wang, "while we continue to produce our current variety of muskmelons, we are also developing 6 new varieties. We hope to improve the flavor of muskmelons and extend its shelf life. The longer shelf life is beneficial for transport, storage, and retail. To improve the efficiency of agricultural products, we have to gather market data, optimize the supply chain, and extend the shelf life. It is hard work, but it is a must!"