The groups say the rules are triggering another labor shortage that could force many farms out of business. On January 8, the Washington State Department of Health and the Department of Labor and Industries automatically renewed emergency farm worker rules for the third time with minimal changes from when emergency rules were first adopted last spring when the pandemic virtually shut down North America.

The groups contend that the rules make no mention of vaccinations and limit farmworker housing facilities to 50 percent occupancy, even after workers receive vaccinations, unless the farmer adopts what the groups say is a “cumbersome group shelter designation that is limited to 15 workers.” 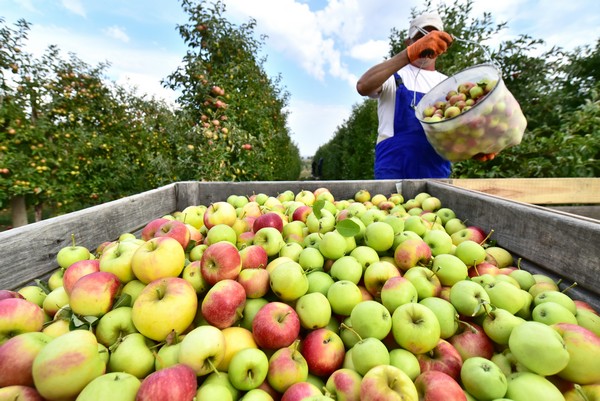 Q1 concerns
This comes at a time when the state is preparing to welcome its first wave of nearly 15,000 guest workers in the first quarter of 2021.

“Farmers have struggled during the COVID-19 pandemic and endured crippling business restrictions,” said John Stuhlmiller, chief executive officer of Washington Farm Bureau, in a release. “But labor rules being made now mean many won’t make it another growing season unless the state prioritizes farm worker vaccinations. We all share the same goal: protecting farm worker health while keeping our farmers in business. The governor’s leadership is needed before it’s too late.”

One Washington State grower, who preferred to remain anonymous, told FreshPlaza that he felt Washington state Governor Jay Inslee didn’t have the competence to comprehend the situation farmers are in. “Farmers have time constraints to get seasonal work done,” he says.

Farmworker prioritization key
Meanwhile Bob Mast, president of CMI Orchards based in Wenatchee, WA said that advancing the prioritization of farmworker vaccinations is absolutely necessary. “As a critical industry, we’re relied upon to make sure that there is fresh fruit available to customers around the world. It is imperative that we have a healthy, reliable and robust workforce available to ensure that our growing season can proceed as predictably as possible,” he says.

The decision hangs over growers in the state who each year welcome approximately 25,000 guest workers throughout Washington as part of the H2-A guest worker program.

“Now that vaccines are here, we need the state’s leadership to put our farmers on a path to recovery instead of tripling down on the same, pre-vaccine approach. A regulation that does not permit full housing occupancy once occupants have been vaccinated doesn’t make sense and is economically ruinous for farmers,” said Dan Fazio, executive director of wafla (also known as the Washington State Labor Association).

Looking ahead, Gov. Inslee has seven business days to consider the farm groups’ appeal and take action on the regulations.