Major supermarkets in the UK have warned the government that ‘urgent intervention’ is necessary to prevent significant disruption to Northern Ireland food supplies over the coming months. While Britain is no longer part of the European Union’s single market and customs union, the British-run region of Northern Ireland has a foot in both camps: it is part of the UK’s customs territory but also still aligned with the EU’s single market for goods.

Despite a three-month grace period on some new rules, some supermarket shelves in Northern Ireland have been empty since the turn of the year as firms struggle to import fresh goods from Britain.

Supermarkets have been scrambling to deal with mountains of “impenetrable” administration. In some cases the time taken to complete paperwork on a lorry load of goods bound for the EU has increased from three hours to five days, the House of Commons Brexit committee heard.

Andrew Opie, director of the British Retail Consortium (BRC), was scathing of the government’s last-minute delivery of the deal, which he said had resulted on shortages on supermarket shelves in Northern Ireland. 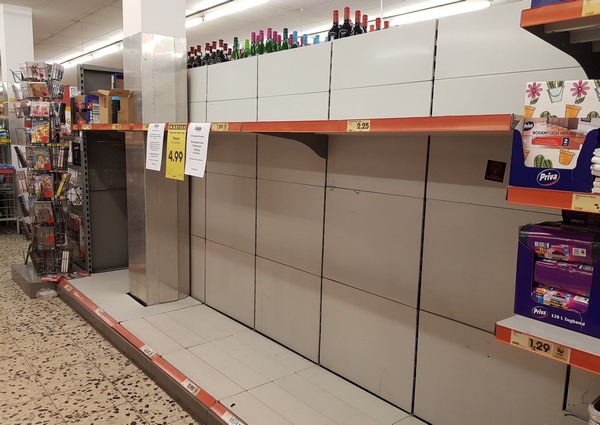 Officials of several supermarket groups, including Tesco, Sainsbury’s, Asda and Marks & Spencer, have written to Cabinet Office minister Michael Gove to raise the issue. In the letter, seen by Reuters, they note that the current grace period for simplified controls on sending food to Northern Ireland ends on March 31 and said it was essential a long-term solution is agreed with the EU before that.

“All our businesses and suppliers have invested significantly in the last few months to avoid disruption but that will become inevitable if the proposals governing movement of food from Great Britain to Northern Ireland are adopted,” it said.

“We recognise the European Commission needs to see increased compliance to support the concessions it granted through the Northern Ireland protocol but the current proposals, increased bureaucracy and certification in such a short timescale, are unworkable.”