“The coming weeks will be tough for Spanish vegetables and citrus”

The extreme winter weather in Spain isn't problematic for only that country. It's affecting Belgium too. According to Cédric Geens of W. Jonckheere, it's simple. "We're very dependent on Spanish agriculture in both summer and winter. You don't have to be a genius to see that there will be major problems in the coming weeks. Especially considering the weather they've had in recent weeks."

"Southern Spain is struggling with extremely low temperatures. And heavy frosts are plaguing central and northern Spain. There's rock-hard frost and a thick layer of snow on the field vegetables there. That's already caused quite some damage. For citrus, we'll have to wait and see how extensive the damage is. It's still too early to say. However, it seems citrus hasn't been spared. Our Spanish suppliers haven't been able to work much so far. So, there's been little loading in recent days." 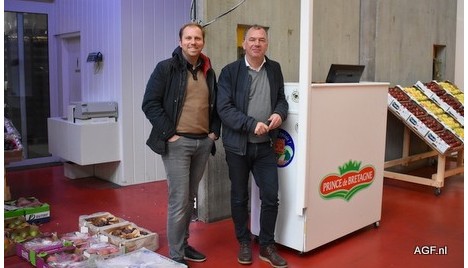 The Spanish vegetable season started with high volumes. That was thanks to the nice growing season they had. "Because of this, production was excellent. But prices were dismal until the end of December. That was because of these high volumes and the hospitality sector's closure," says Cédric.

"Now, prices have skyrocketed. A few weeks ago they were still dumping cucumbers. Prices were terrible - €1,50/box. Now they're selling for €14/box. These vast price fluctuations make things difficult for us too. Everyday consumers struggle to understand these price fluctuations."

“We have to pay asking prices for products. Yet, supermarkets only pay agreed-upon contract prices. That causes some clients to cut back, which makes the market even more erratic. It's hard to predict how the next two or three weeks will go. I think it's going to be tough for both vegetables and citrus," Cédric concludes.