Recovery and development of quince cultivation in Spain

Quince is a minority crop in Spain, produced mostly for processing into traditional quince paste, which is why it is produced by the same companies that manufacture quince derivatives. In recent years, the acreage has been significantly reduced in Spain due to the impact of pests such as fire blight; a disease caused by the bacterium Erwinia amylovora, although it seems that its production is beginning to recover little by little. 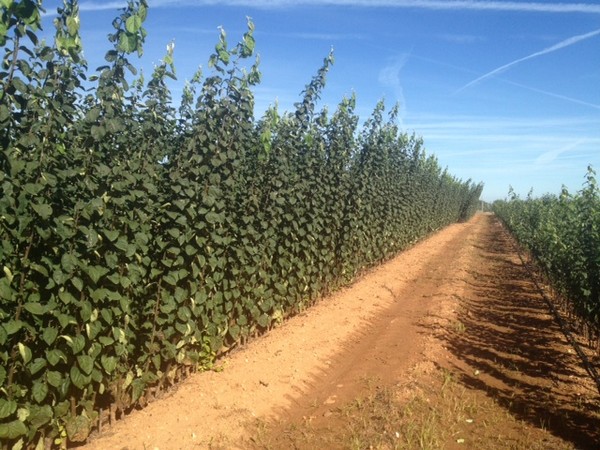 "Fire blight forced many producers to uproot their quince plantations. The sale of quince plants is very limited, because only those located in areas free of this disease can sell them, as is our case," says Rosa Hernandorena, commercial director of the Valencian nursery Hernandorena. "We can sell seedlings to buyers anywhere in Spain and the world. For this reason, we are authorized yearly to market the plant with its Phytosanitary Passport. Now we are beginning to notice a small rebound thanks to some new plantations." 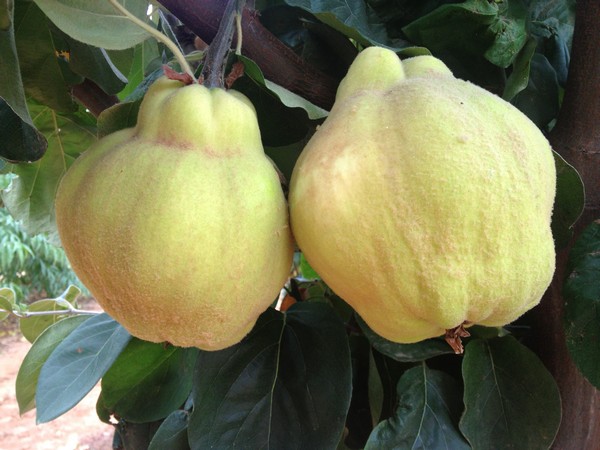 According to Rosa Hernandorena, although quince plants (Cydonia oblonga) have traditionally been offered for the production and multiplication of the plant in the field, supplied as 2-year-old trees with bare roots, it had become necessary for this minority sector to be modernized.

"For this reason, we began to study different production systems in order to develop new, more economical formats for our customers. After all this time of tests and trials directed by our R&D department, we are presenting the result, obtained from the initial multiplication of a micrograft." 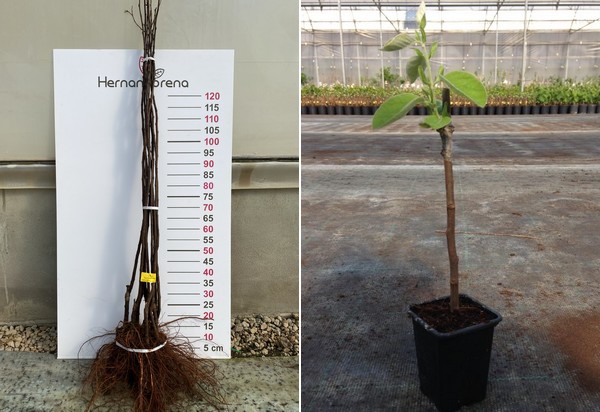 The company has 4,500 RD1 format units for this winter. "The variety that we are multiplying is the Wranja. It has a yellow, hairy fruit, with a very good size, which ripens in October. It is a very productive variety and well adapted to the quince paste processing industry. It can be planted from December to March, and the campaign can be extended with the reserves in chambers."

"The Provence pattern is a clonal selection of a quince pattern from a rootstock obtained by germination of a seed, which is multiplied by cutting. It stands out for its good adaptation to limestone soils. It confers high vigor and excellent productivity to the variety, even better than that of the BA-29," says Rosa Hernandorena. "The plant material used for its production is 100% obtained from our mother trees, which are controlled both at varietal and sanitary levels," she says. 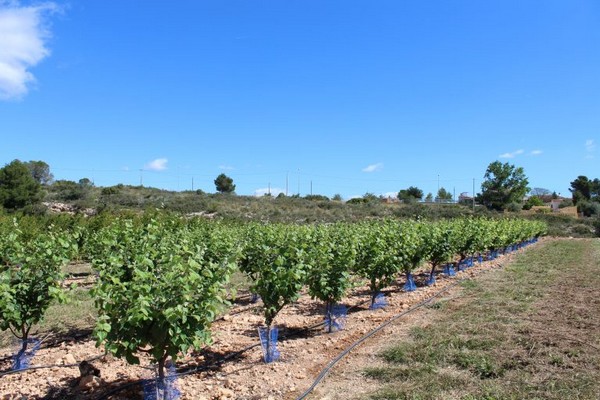 Some growing recommendations:
The most recommended frame would be 4.5 × 2.5, and maximum of 5 × 3, since it has a vigorous, but very delimited growth. It is an undemanding crop when it comes to water needs. It thrives with drip irrigation systems with short and frequent waterings, but without excesses, since abundant watering reduces the amount of sugars in the fruit, which is highly appreciated by the industry.

"A no-tillage crop is also recommended. It is better not to break any roots, as this reduces the yields. It is important to open the tree wide and prune only in winter, as green pruning in spring/summer doesn't suit it. It only needs one maintenance pruning a year, to clean branches with too much vigor, remove some unwanted or crooked vegetation and little else," says the commercial director.

"We can organize visits in the Puente Genil area, in Córdoba, and showcase a model farm. This area is important in Spain for the local cultivation of quince," she says.