"Every year the demand improves so the pricing is strong"

Demand for one of Australia's leading stone fruit brands continues to grow rapidly each season, according to the company responsible for its marketing and management.

QFM Variety Management, based in South Australia, says it has built 'superior varieties' that focus on quality and flavour, and export countries, especially in Asia cannot get enough of The Chosen Ones® brand yellow-fleshed nectarines and white-flesh peaches in the Zest® brand.

"The demand is extremely strong," Executive Chairman Michael Trautwein said. "What drives it is the unique flavour; the varieties have a more complex flavour than normal sub-acid nectarine. What also helps drive it is that we aim to make sure that we are exporting fruit that is only above 14 Brix in the nectarines and 13 Brix in the peaches. Domestically and internationally, we have learnt that we cannot compromise the eating quality of the brand - because when we do, we hear all about it."

The varieties that are marketed under The Chosen Ones® brand are exclusive to QFM Variety Management, with growers licenced in Victoria and Western Australia. The company specifically manages stone fruit varieties exclusively for stone fruit breeders.

This season production-wise has been average compared to previous seasons in terms volumes for the company's stonefruit. Mr Trautwein says that while apricot crops are heavy, the peaches and nectarines are normal-to-light. The export season began in late November and is off to a successful start.

"It has been back to a normal year; I don't think it has been very wet but hasn't been dry either," he said. "It has been cooler than normal but there was a really hot day 2-4 weeks ago which was 46 degrees Celsius and that damaged some of the apricots. But demand is strong, for example, in Singapore, the customer has been harassing me for over a month about when the season will start and it is the same in other countries as well. Every year the demand improves so the pricing is strong." 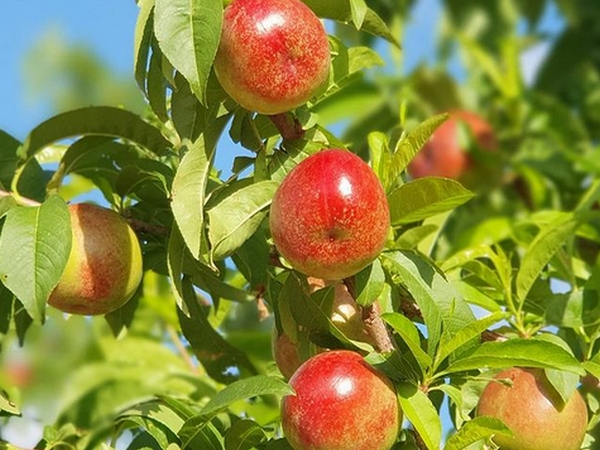 QFM Variety Management says it selects the most premium fruit from over 1,000 varieties and uses technology in both in the orchard and in the packhouse to ensure that each fruit is perfectly picked for maximum flavour. Mr Trautwein says the varieties that underpin The Chosen Ones® brand were discovered in France in 2004.

"In conjunction with a nursery group, we selected which varieties to import," he said. "We continue to import varieties each year from France that meet the flavour profile that we want to achieve in our fruit. We are very conscious of what we are looking for, which is a bit different from the customers in Europe are looking for in a variety. One of the things we did do was at Asia Fruit Logistica in 2015 was to bring some varieties into Hong Kong to do some tastings with customers and get a response. That was very successful and has taken a while (to develop) because Asia has been traditionally a white-flesh nectarine market, and yellow flesh has been a bit unusual. So, it has taken 2-3 years to create an awareness of the brand. We have appointed exclusive customers in each market to give them the confidence to invest in the brands and their reputation to enhance sales." 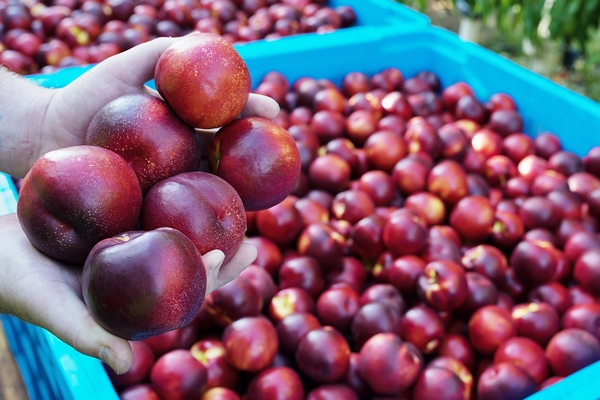 Mr Trautwein explains that the fruit is initially sorted into ranges; one for the Asian palate and the other for the Australian market, and what does not suit either, goes into another brand.

But he says that while there are increase costs of freight across the board this year due to the effects of COVID-19, it is not expected to be a major hurdle for his company.

"We are seeing so far that the market is able to bear that extra cost because there is less fruit in the market," Mr Trautwein said. "There is more demand, so it is a supply and demand equation and it sorts itself out."