"The ginger market is clearly under pressure at the moment"

Ginger prices have come under pressure in recent weeks. "Everyone thought we would be 20 percent above last year's level in terms of volume and sales. In reality, sales are about the same or even a little weaker. Which has led to expensive stocks with medium grades. At the same time, several major shipping companies have taken their ships off the lines in the wake of the first lockdown last year, which means there is now less cargo capacity available. As a result, some Chinese exporters are already considering an export stop," says Ralf Settels, shareholder of Jiahe Germany LLC.

In line with today's market conditions, prices are now obviously trending downwards in recent weeks. "The ginger market is currently clearly under pressure. Today's price level is much higher than last year. However, this difficult market environment could turn around again within a very short time in January," Settels says. There was a similar situation during the first lockdown, when vitamin-rich products were briefly in high demand and ginger sales boomed. "In the meantime, sales rates have returned to normal." 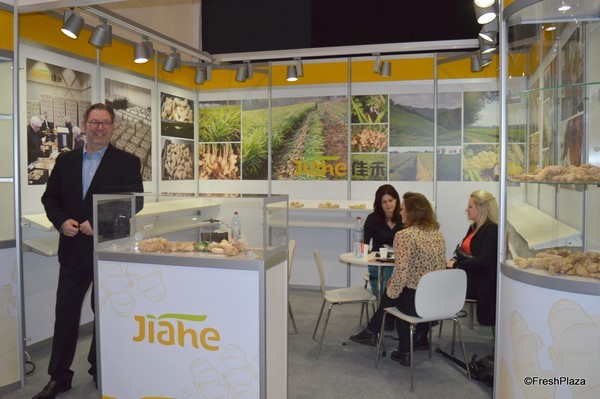 Continued high prices expected
According to Settels, the current market situation will not change in the first months of the new year. "There will be continuous high demand from food retailers and continued high freight costs. This is because at the moment there are only a handful of products such as ginger that need to be shipped, but from February-March there will also be an increase in overseas fruit hitting the market. This will only exacerbate the situation." 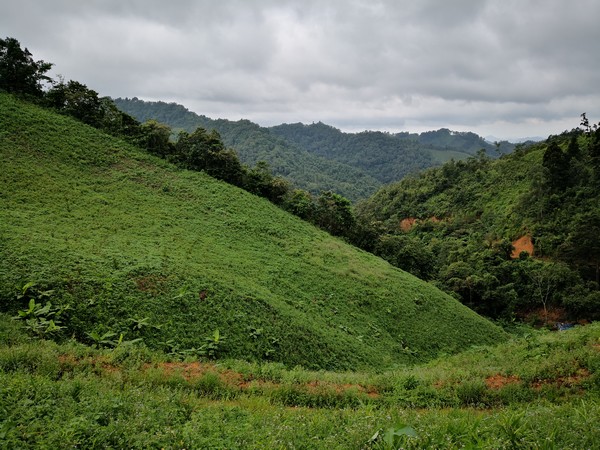 Organic ginger is particularly popular with food retailers. Still, a gradual increase in demand from wholesalers and the food industry is expected over the next few years.

Contract farming in China and Peru
The Jiahe Group was founded in 1996 and has developed into a global ginger supplier over the years. A year ago, the German subsidiary was established in Erkelenz. It trades conventional batches from China as well as Chinese and Peruvian organic goods from its own cultivation and contract farming. "80 to 90 percent of this year's Peruvian crop has already been marketed. Of course, if the U.S. gets back in soon, no more supplies will be distributed to Europe," Settels says, pointing out a potential upcoming challenge.

Depending on the weather, the first new crop from China is usually prepared for export at the end of December. By December-January of the next year, these harvest volumes are marketed. Peruvian produce, on the other hand, is traded between August and March. "The two campaigns overlap to some extent, but fortunately this coincides with the European peak season."

Rising global demand for ginger
In recent years, the demand for ginger in the global market has grown exponentially, as it has in Germany, Settels observes. "Ginger consumption in industry is abruptly becoming more. More and more fruit juices and frozen items are being added with ginger. Although proportionally we still supply 95 percent of the fresh market, I already see growth potential in the industry."

A similar growth trend is seen in neighboring countries - such as Benelux and France. As a result, more and more 'new' producing countries are opting to export ginger. "New to the market, for example, is Nigeria. At the same time, existing exporting countries, such as Brazil, are also becoming much stronger."